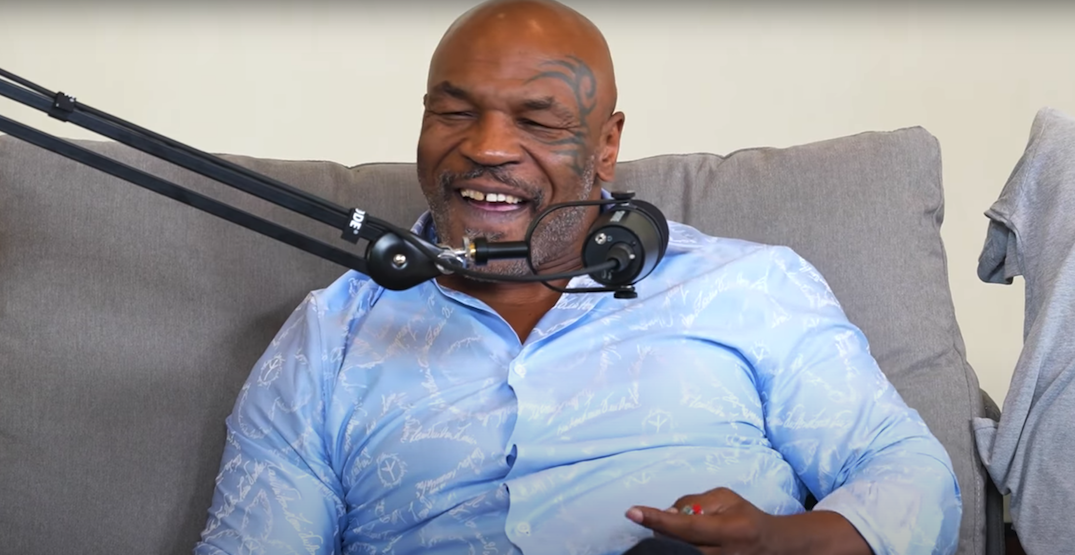 Mike Tyson is a big fan of Canada, and there’s no doubt which part is his favourite.

The legendary boxer dove into a number of topics in an expletive- and cannabis-filled appearance on the Full Send Podcast, though the topic of Canada appeared to be unplanned.

The conversation shifted to the Great White North after one of the podcast hosts, Kyle Forgeard, revealed he was from Canada. Tyson could hardly contain his excitement.

“Canadians be one of the politest people in the world,” Tyson said, interrupting the host. “You apologize for every fuckin’ thing.”

Then someone brought up Vancouver, which apparently is the 55-year-old fighter’s favourite city in the country.

When Forgeard noted that Vancouver was “dope” but “Toronto was the most lit,” Tyson doubled down for his love of the BC city.

Tyson never fought a professional boxing match in Canada, but it’s clear that he is well travelled north of the border.

Tyson didn’t say when he last visited Vancouver, but he did make a trip to BC in 1989 to visit Robin Givens, his estranged wife at the time. Tyson reportedly threw a photographer’s camera and broke a TV camera, when local media surprised him at the Hotel Vancouver.

Apparently that didn’t spoil his memory of the city or country though.

“You know what I love in Canada? I love the cold weather! Have a heavy coat on and shit.” Tyson added in his podcast appearance.

While Tyson said he likes to ski on occasion, hockey is quite another thing.

“Ice hockey is some scary shit… I’ve seen people fall in the ice.”