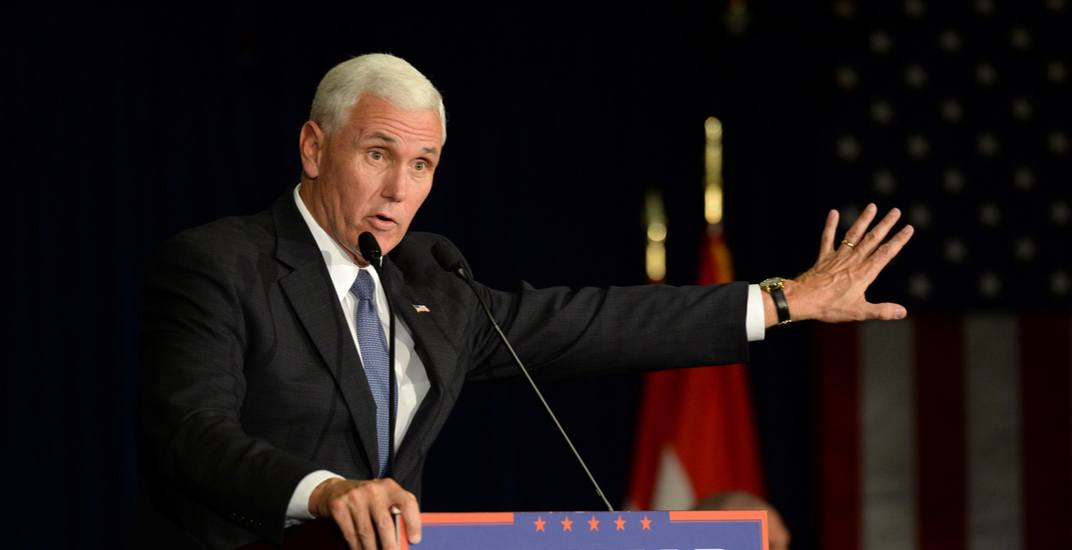 US Vice President Mike Pence is not a fan of the Canadian health care system.

Pence made these remarks when he was being interviewed about the Republican’s new version of their health care proposal known as the Graham-Cassidy bill.

This is because the Democrats are pushing for a single-payer system as a solution to America’s ongoing issues with its own health care system.

“Somewhere between where I’m sitting in Washington, DC, and Alaska is a place called Canada. I probably don’t need to tell the people of Alaska about the failings of national socialized healthcare because it’s right in our neighbour and you see the results every day,”
said Pence.

“Look, we’ve got a choice. It’s between big government, Washington, DC, solutions that ultimately, I believe, will collapse into single-payer health care — or whether or not we’re going to repeal the (Obamacare) individual mandate.”

Republicans are currently struggling to get the bill –that would repeal Obamacare– to pass before a procedural deadline later this month.

Maybe someone should let the VP know that Canada’s average life expectancy is a full 3.5 years longer than America’s, despite all of our health care ‘failings’.