It’s hard to believe ten years have passed since the now ubiquitous Mini hit Canadian streets. Having kickstarted the North American small car renaissance with the Mini Cooper, the BMW owned company has since expanded its line to appeal to an even broader audience of adventure seeking, fun loving drivers.

A few weeks ago I had the chance to take my pick of Minis on a two week test drive of sorts and really get a feel for what the brand is all about. Having tested the Cooper S Convertible last year, I opted for the big bear of the bunch, the Mini Countryman S All4. And when I say big bear, I mean larger than the rest of the line, but still within the premium compact wagon category. And to the supposed purists who insist the Countryman is not a Mini, I have one thing to say, Shut Yo’ Mouf, Bitch! This little beast packs all the pep and fun of the “original” in a package that’s more conducive to that wild Whistler getaway, than let’s say, a Yaris, or some other subcompact. 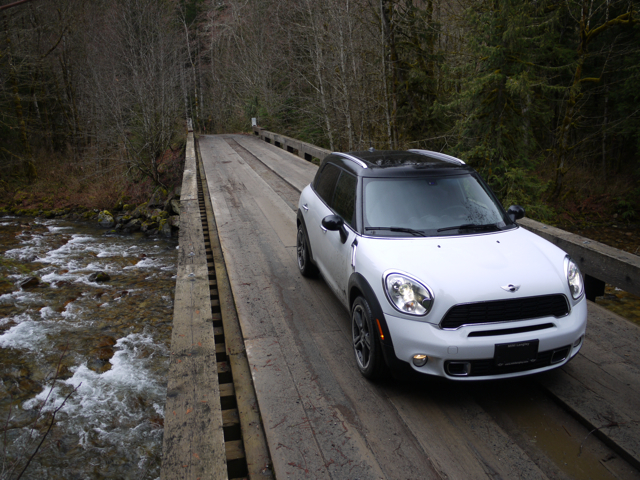 Anyone who has driven a Mini will let you know just how damn fun they are. The handling and acceleration, often referred to as “go-kart like” give drivers the feeling they’re behind the wheel of a much sportier car, while the elaborate traction control system makes sure to keep everything in check, even at speeds some would consider… excessive. A rain soaked Sea To Sky Highway proved to be no match for the Countryman’s nimble tires. as it wound its way up the curvy road to heaven. Punching well above its class, the Mini left many higher end cars behind in a spray of ocean soaked air. 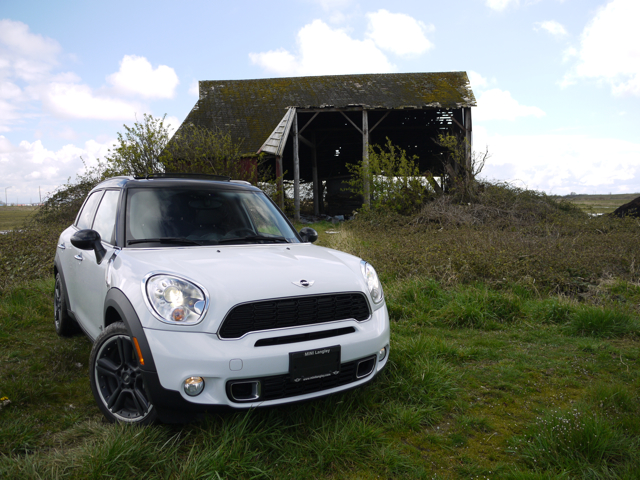 With a growling exhaust note, the turbocharged 16 valve inline four cylinder will take you from zero to 100 in somewhere around six seconds. Not too bad for the biggest of the Mini bunch. A flappy paddle controlled six speed transmission gets the 3220 pound beastie up to speed with finesse and aplomb. Sure, the fuel economy sticker will tell you the Countryman should get 7.1 litres per hundred clicks, but according to my onboard computer I was getting a consistent 10. Of course, I did have a habit of hitting the Sport Mode button on a regular basis along the twisty secondary highways all over the Fraser Valley. And there were more than a few floorings of the accelerator from stop lights. I even smoked a 3 Series off the line in Yaletown when the driver challenged me to a stoplight pissing contest. 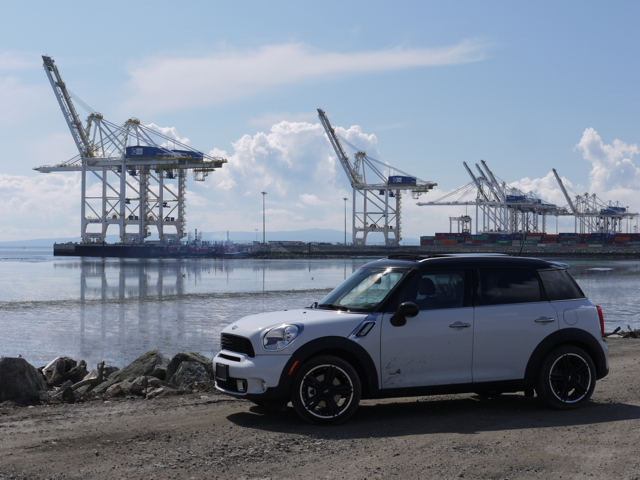 The Countryman’s interior is pure Mini, with the now familiar oversized spedometer / nav system dominating the centre console. Aircraft inspired switches controlling the windows, are nifty to toggle up and down but are easily blocked when even a small coffee is placed in the cupholders. And yeah, don’t be bringing in your Super Big Gulp or even a large sized drink,’cause they won’t fit anywhere. This isn’t a car for fat folks, ladies and gents, so trim up as best you can before making the leap. If you’ve used an iPod, then you’ll be able to figure out the navigation system pretty quickly. GPS, radio, bluetooth are all on hand through a little joystick below the center armrest. 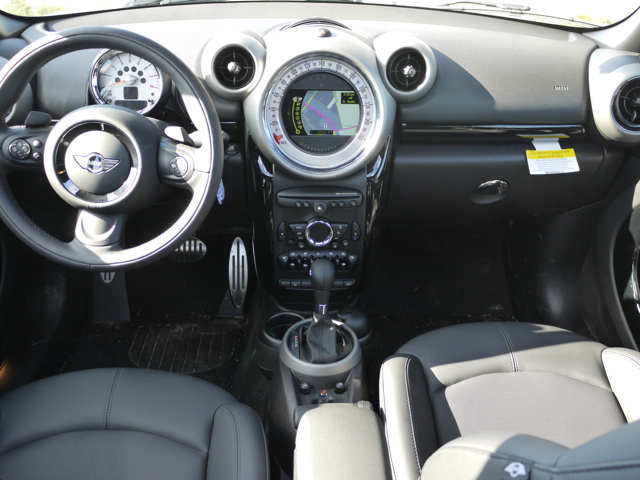 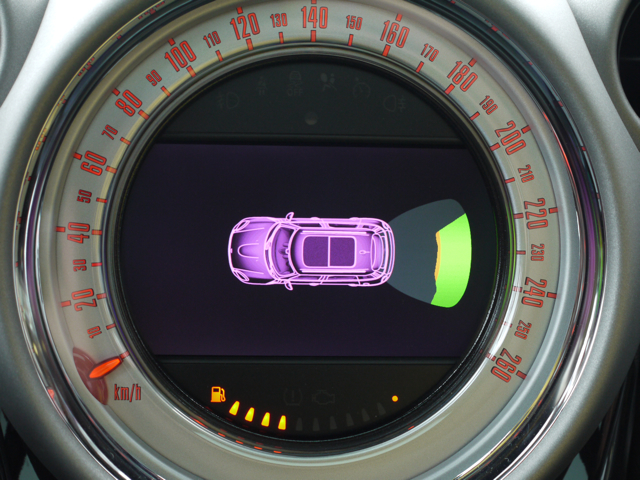 One of my favorite features was the reverse radar, which shows the car’s outline and any iceberg like shapes creeping up from behind. It’s A pretty great way of avoiding any contact with random bumpers or walls behind you. Four doors mean room for two or a super tight three in the back seat, but if your passengers are any taller than say, five foot five, there will be legroom issues on long roadtrips. Best to maybe bring only 2 friends, and fold down one of the spit rear seats to get passthrough access to the trunk. Small as it is, the Countryman does evoke a feeling of real spaciousness (for those up front) with the panoramic sunroof letting in a ton of light being the chief reason. 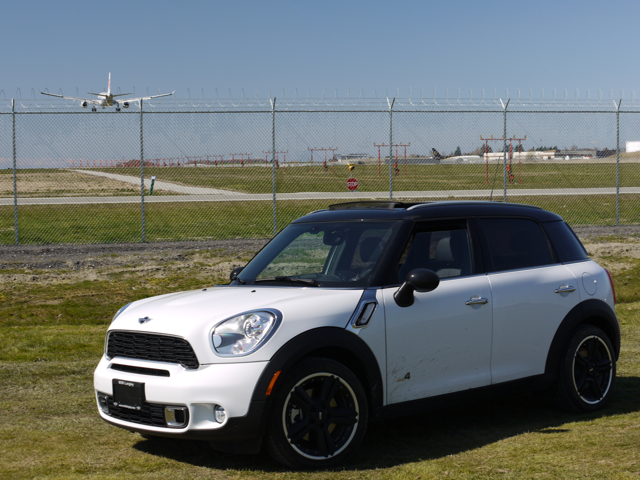 As is now the case when it comes to choosing a new car, the Countryman, as well as the entire Mini line, is a lifestyle choice. Those in the market for a “sensible people carrier” would be be best suited by looking elsewhere. Don’t get me wrong, there’s plenty of space for a children’s car seat, but it’s not the typical car a growing family would need. However, if you happen to be enthusiastic about getting to your weekend getaway destination in style and short order, this mighty Mini can easily bear the burden of bikes, snowboards, skis or any other active lifestyle accessories. Getting places in speed and rugged style is the mantra espoused by this wicked wagon. Stop by your local Mini dealer and take one for a rip. You’ll be glad you did.