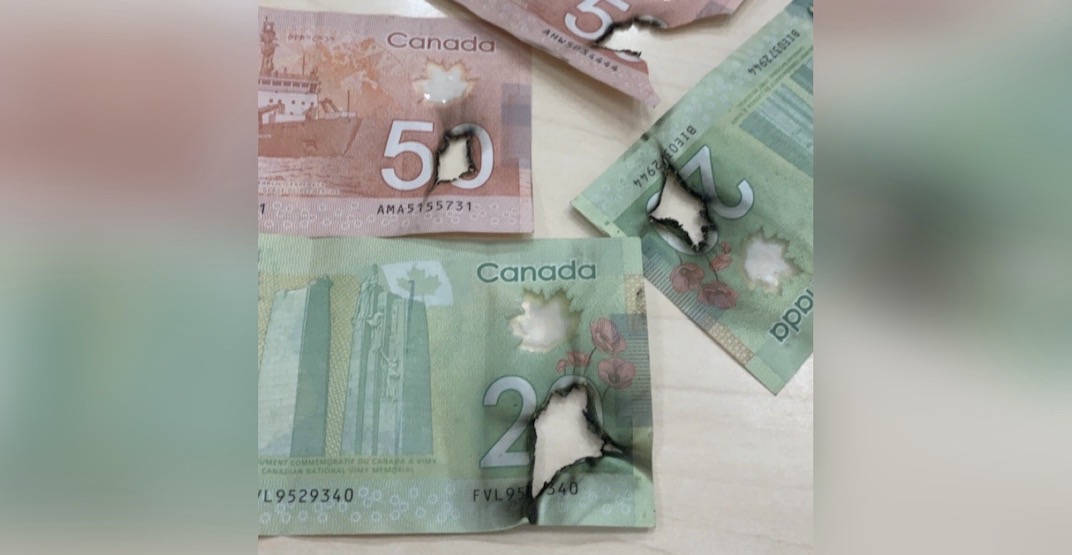 We’ve all heard the phrase “they’ve got money to burn” but it seems like someone really took this statement to heart, at least by accident.

A Twitter user who said they worked in a bank shared an image of $140 worth of Canadian cash that someone had supposedly attempted to clean in a microwave before bringing it in.

I work at a bank and some lady tried to microwave her money to clean it…….. 🤦🏼‍♀️ pic.twitter.com/8by1SgdOVa

It’s safe to say the internet lost it because a picture is worth a thousand tweets.

Here are some of the best reactions.

It’s plastic, soap and water would have worked. Lol pic.twitter.com/3jMAyqNnop

Someone should report her.

well now they are just 2 and 5 dollar bills, maybe she wanted the change!!

I normally use a blow torch

Obviously she couldn’t use soap and water or she’d go to jail for money laundering. pic.twitter.com/nUUH6O1U4U

She’s got money to burn.

She should have started with one small bill.