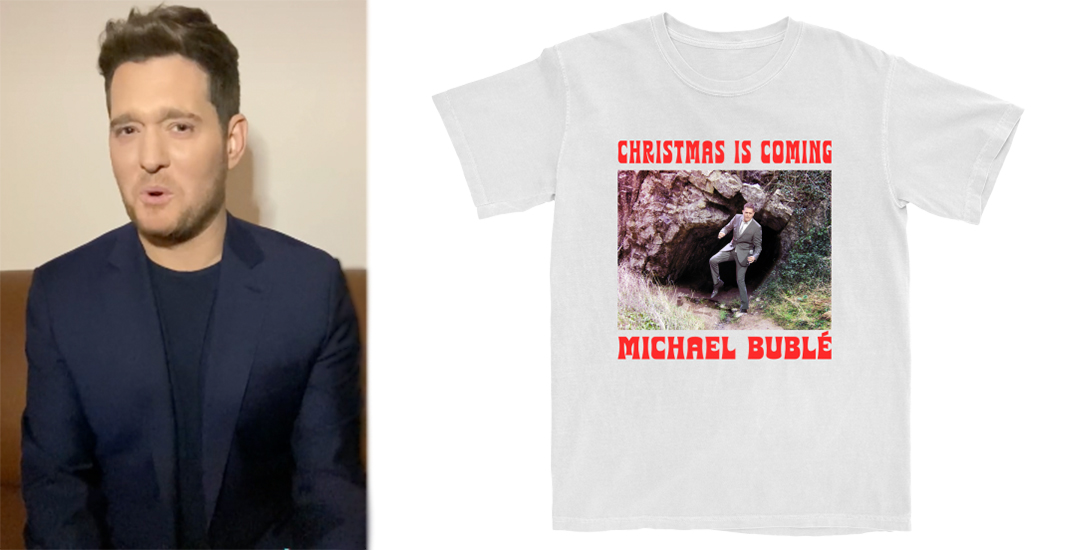 October just started, but for Michael Bublé, it’s beginning to look a lot like Christmas.

On Monday, the Canadian singer and songwriter posted on TikTok to address the jokes and memes that are shared about him when the holidays come around.

“Every time the holiday season comes around, it’s like clockwork,” he says in the video. “And I hear the jokes, I see the memes. Bublé coming out of a cave. Bublé’s defrosting. Christmas is near.”

The TikTok ends with Bublé declaring himself as Batman and showing off a new T-shirt he’s releasing, which shows him coming out of a cave.

“Did you guys ever wonder why someone might spend that much time in a cave?” he asks. “It’s because I’m f*cking Batman… And now you’ve probably cost me that job, so now I’m forced to have to sell these T-shirts.”

As it turns out, while the Batman bit is (most likely) a joke, the T-shirt is not.

They’re currently available for pre-order on his website and are set to release later this week.

Maybe next year he’ll come out of his cave a little later.