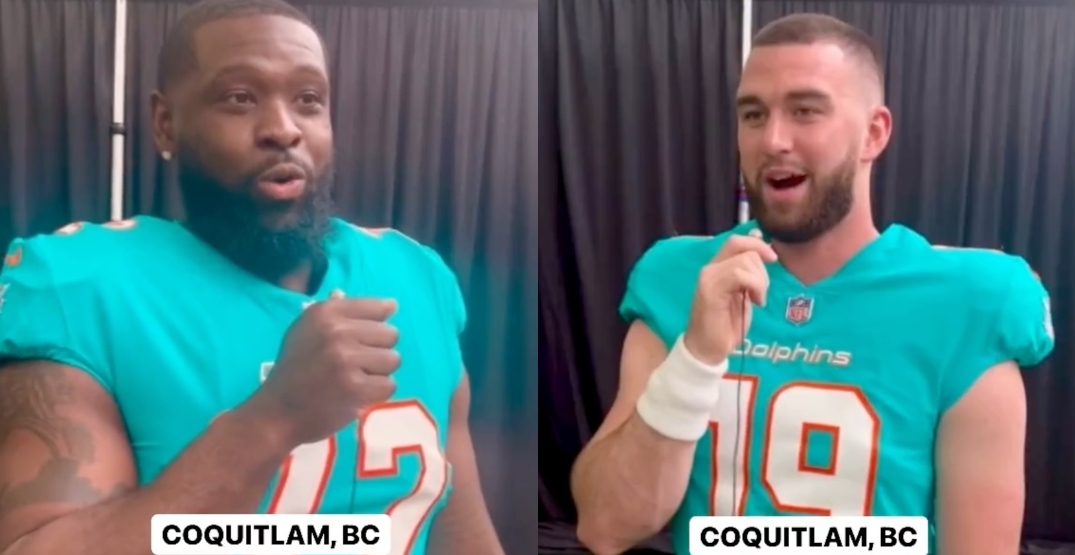 Who knew Coquitlam was so hard to pronounce?

The results were hilarious, with multiple players at a loss on how to say the Metro Vancouver city’s name.

Players were asked to pronounce Coquitlam because that’s where second-year Dolphins safety Jevon Holland is from. Holland, 22, was born in Coquitlam and still refers to it as his hometown. Picked 36th overall in the NFL Draft in 2021, Holland made his NFL debut with Miami last season following a college career at the University of Oregon.

You won’t find many people that struggle with how to pronounce Coquitlam locally… but in Miami?

Fullback Alec Ingold straight up refused. “Nope… I’m not reading that one,” he said.

“I’m not even gonna try that one. Cua.. Cua-quitlam,” added Braylon Sanders.