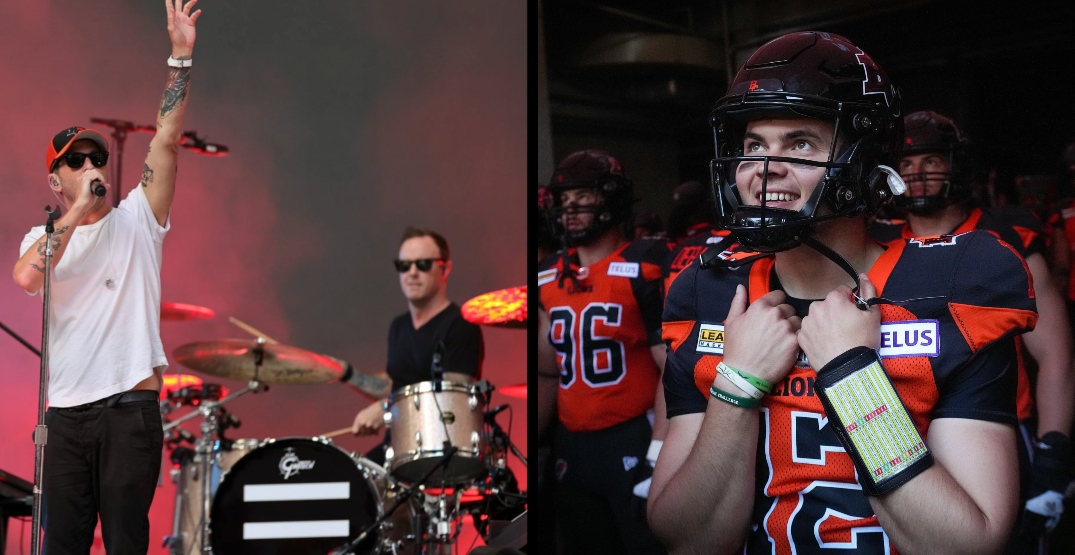 If it all goes to Amar Doman’s plan, we will look back on June 11th as the day the BC Lions, and the CFL in Vancouver, were reborn.

The club hit every right note in its 2022 season and home opener at BC Place Saturday.

Our group got to there early, but not early enough for the pre-game Backyard Block party with Bif Naked that was a smashing success — and with reasonable drink prices, the key to pre-gaming, whether you call it tailgating or not. Saw on social media that the party was at capacity, so instead we entered the stadium early and saw most of the crowd filter in. And it just kept filtering.

Unaccustomed to seeing the pre-game concourses that busy and lively at a Lions game.

You could feel that crackle and energy. You knew as you entered, this wasn’t just a game. This was an event.

Vancouver is an event town, and for those who are saying 34,000 is unsustainable, that’s probably right. You can’t have acts the size of OneRepublic play before every home game, but the Lions needed a jolt like that. Even as a one-off.

Something to wake up the market and their fans who haven’t being going to games.

Because that was one of the things I noticed. Way more Lions gear than I expected. They not only came, they came in team colours. It’s like everybody who has ever been a Lions fan was in attendance.

As for the concert, darn good show, recognizable songs that the crowd could sing along with.

Talked to someone in the music industry when this was announced who wondered how much buy-in you’d get from the act given that CFL association isn’t exactly the cool kids cafeteria table, but the lead singer wore an orange Lions hat and made several references to the game and season.

And I do think OneRepublic was just about the perfect act for this mission, as it got an early-20s crowd through the door, including many women.

Trio of them sitting in front of us, loving the concert. Didn’t stay past the first quarter, but had a blast.

Many did stay, and just about everybody enjoyed their evening.

Was struck by one young lady who was standing up, signing, dancing in an old school Lions satin jacket. A jacket that had to go back to the ‘80s because it was orange and brown from the Don Matthews, Roy DeWalt era of Lions football.

Now, she wasn’t born when that jacket was made. Vintage clothing from a parent, or even grandparent, dusted off and worn for the first time in years.

It harkened a golden era of Leos football on a day it was recaptured.