After years of waiting, last month the City of Vancouver announced that a public bike share system would finally arrive later this summer, with the U.S.-based CycleHop selected as the company responsible for implementing and managing the system.

The success of the launch and operations of bike share will be a tremendous undertaking for the group making up the local team. One thing is certain, they are starting off on the right foot, with the announcement that Mia Kohout, Co-Owner and Editor-in-Chief of Momentum Magazine, has accepted the position as Vancouver Bike Share’s General Manager.

“It’s all about getting new people riding bikes.” 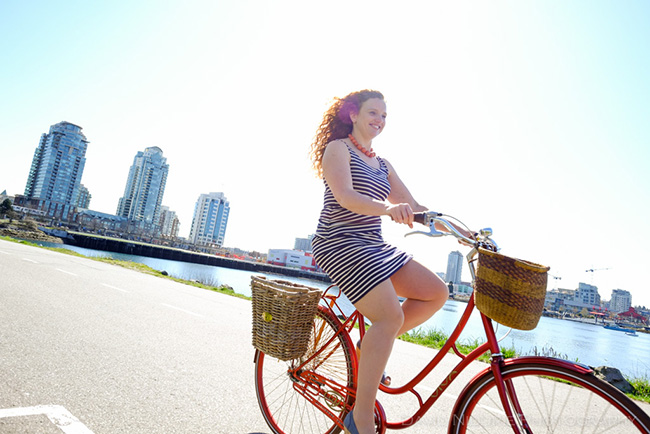 For ten years, Kohout has been working tirelessly to make cycling accessible to a wide variety of people. As the woman behind the launch of Vancouver’s Bike to Work Week, being inspired to take up riding herself thanks to Victoria’s BTWW, Kohout saw the importance of bringing positive bicycle culture to a mass audience.

“It’s all about getting new people riding bikes,” she admits, “And helping them see biking as a normal, easy, and fun thing to do.”

This concept of normalizing cycling would be what drew her to Momentum Magazine in 2007, becoming their Marketing and Advertising Director, and – in 2010 – CEO and Editor-in-Chief.

Together with her co-owner, Tania Lo, the local Vancouver ladies curated and developed content that drew an international audience, taking them to conferences and summits around the world to share their ideas of promoting “Smart Living by Bike.” It was at the National Bike Summit in Washington DC a number of years ago that Kohout first met Josh Squire, CycleHop’s CEO.

A pivotal moment for Kohout 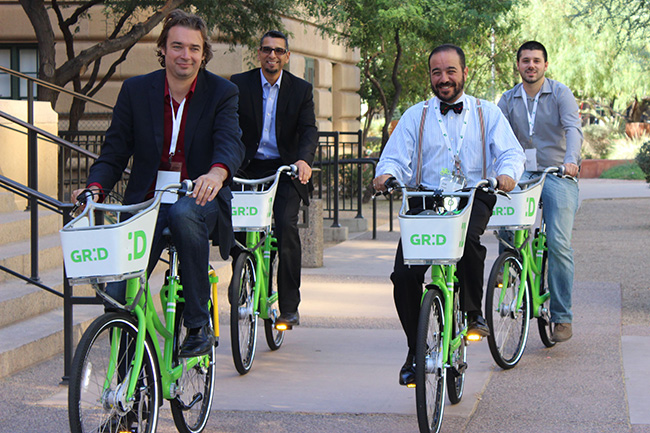 Like most bicycle enthusiasts in Vancouver, Kohout was excited to hear the City’s bike share announcement, and for the positive change it will undoubtedly bring to our emerging bike culture. But it was when she received a call from Squire, suggesting she put her name forward as a candidate for Vancouver Bike Share’s General Manager, that Kohout saw the potential for a change in her own career path.

With a background focused on marketing and communications, when Kohout was offered the position, traditionally a more operational role, she knew it would be a challenge. Not to mention accepting the position would make her CycleHop’s first ever female General Manager. But Kohout knew it was important not to sell herself – and her experience – short.

“Women have to have more confidence in their ability to be leaders,” says Kohout. With that in mind, as well as the excitement for a new challenge, she accepted and hit the ground running: meeting with partners at the City to prepare for the launch on just her second day on the job. Her next steps include hiring the rest of her team, and developing a plan to make bike share a success. 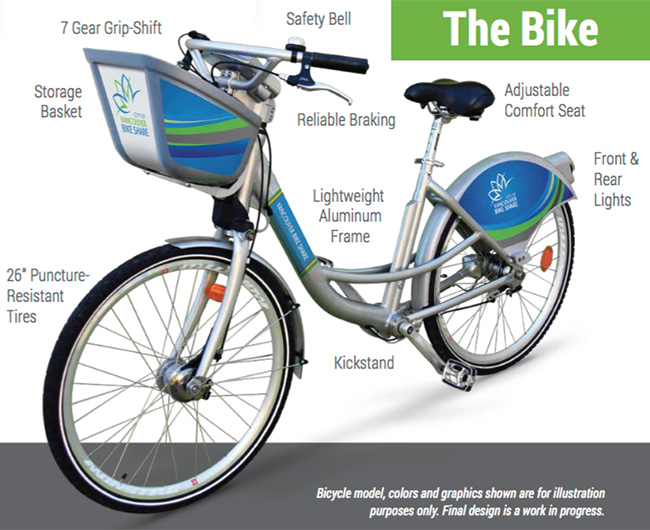 CycleHop’s philiosophy is “Providing the best experience for the user”, a mantra with which Kohout can wholeheartedly agree. She is acutely aware that Vancouver is among just a handful of cities to launch bike share under a mandatory helmet law – all of whom have had challenges getting the ridership levels seen in cities without such legislation.

“I do see the helmet law, as well as the overemphasis and promotion of helmets as a potential barrier, but my hope is that once the system is launched, we can use data from here and elsewhere to try and change that,” she acknowledges. “But I do think that providing an optional helmet is a good idea. Some people want to use them, right?”

For Kohout, it is more important to get people on bikes and riding confidently than mandating safety gear. Therefore part of the launch strategy will include educating users about best practices, and making them aware of the infrastructure designed and built to make cycling across the city far more comfortable.

“Most people who don’t ride a bike regularly have no idea of all the route options available to them,” she reminds us, recognizing that access to this information will be one of the keys to success. At the same time, public engagement with all Vancouverites – regardless of their preferred mode of transportation – will help make the transition to a bike share city a little smoother: “We want everyone to understand their city is about to drastically change for the better.”

“Making our community and city better” 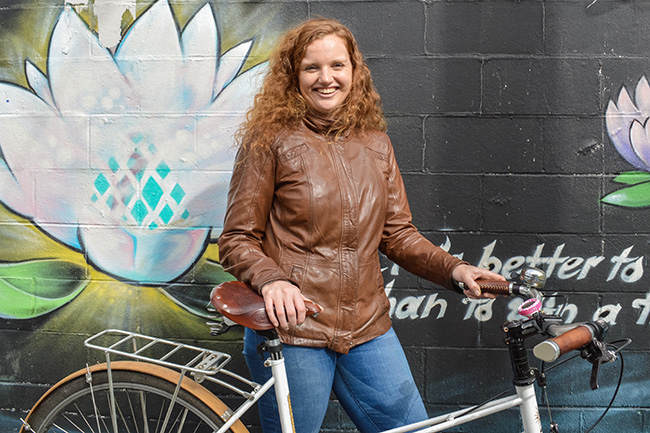 In the coming months, Kohout will be busy working with various partners at the City, as well as local private and public stakeholders to prepare for a summer launch. These efforts will include public consultation, with a website launching in early April to get feedback on where Vancouverites would like to see docking stations.

The process with also include business outreach. Charles Gauthier from the Downtown Vancouver Business Improvement Association has already indicated that many of their members are hoping to have stations near their businesses.

Strong interest from #DowntownVancouver BIA building owners to have @BikeSharing stations on their property. #multimodal

Thankfully, the selection of station locations will have a unique approach in Vancouver, with 60% located on city land, and the remaining 40% located on park, business, or private land. This will help increase the options for possible locations, and allow for broad accessibility.

Although just a couple of days into her new role, Kohout is thrilled about the possibilities of what bike share will bring to Vancouver. She sees it growing in partnership with other organizations in the city, such as public transit and car-sharing, providing options other than private car ownership for the people of Vancouver. “After all, it’s about making our community and city better,” she states emphatically. We couldn’t agree more.