Currently across the region, Stage 1 water restrictions remain in effect, which mainly targets the amount of water consumed by residences and businesses for lawn maintenance purposes.

Officials at the regional district downgraded water restrictions from Stage 2 to Stage 1 on September 22. The following restrictions remain in place until October 15:

The low snowpack resulted in a disastrous season for local ski resorts. As of mid-April, the mountain snowpack in the South Coast was just 13 per cent of normal levels.

From June 1 to July 3, water usage in the region averaged a high of 1.48 billion litres per day when record hot temperatures caused a significant increase in water demand.

The combined water storage levels for Capilano, Seymour and Coquitlam reservoirs are now above 2014 levels and well within the normal range at this time of year.

During most summers, the regional district activates the minimal first stage of its Water Shortage Response Plan regardless of weather conditions, but this normally only lasts until September 30.

Click on this image for an enlarged diagram on Metro Vancouver’s water usage in the summer of 2015. 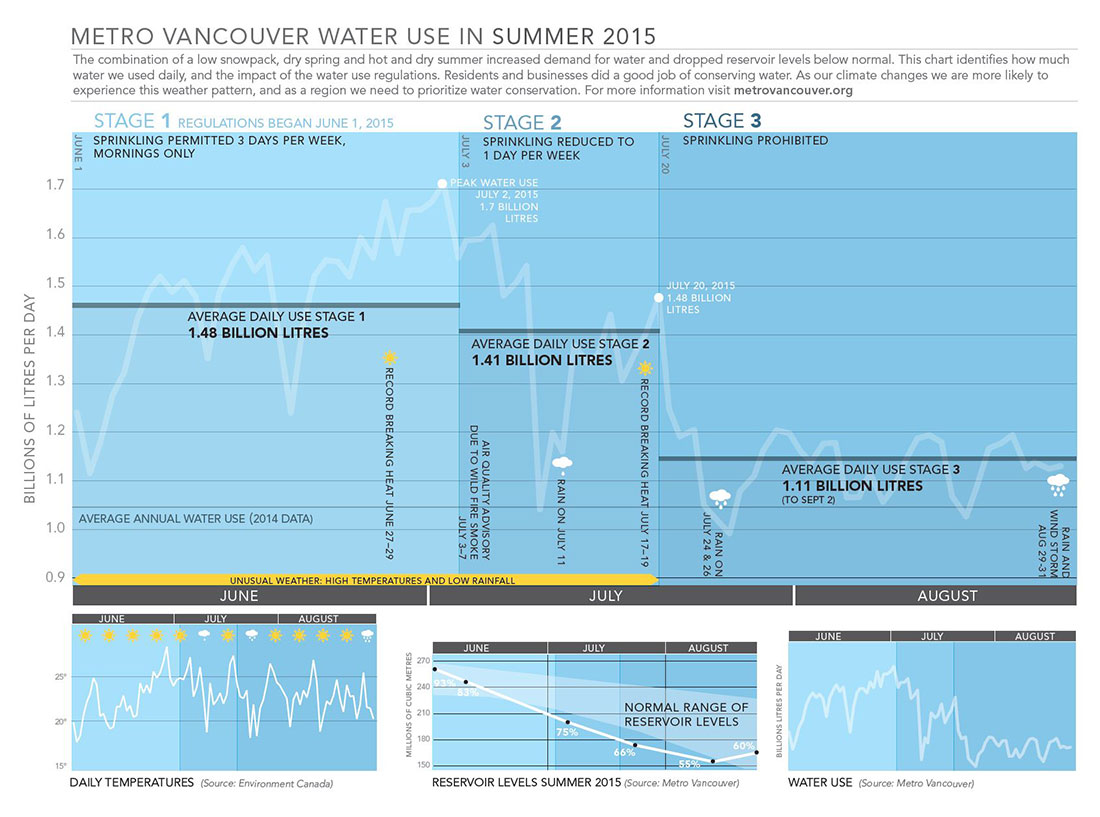