The dramatic decrease in water usage comes after the region announced the implementation of Stage 3 water restrictions on Monday, July 20, a day which saw 1.48 billion litres of used.

Following a push by local governments and media to alert residents of the new water restrictions which prohibit watering lawns, usage fell to 1.24 billion litres on Tuesday, a 17 per cent decrease from the day before.

Less water consumption could also be attributed to the cooler temperatures and precipitation Metro Vancouver began experiencing on Tuesday. While the Vancouver International Airport weather station remained dry yesterday, areas like North Vancouver experienced heavy rain for a short period of time in the morning.

In total, the YVR airport station record 1.4mm of rain so far this month.

Water usage was highest in late June during the region’s first heat wave where temperatures reached as high as 36 degrees. Thursday, July 2 is so far the peak water usage day of the summer with 1.7 billion litres used. 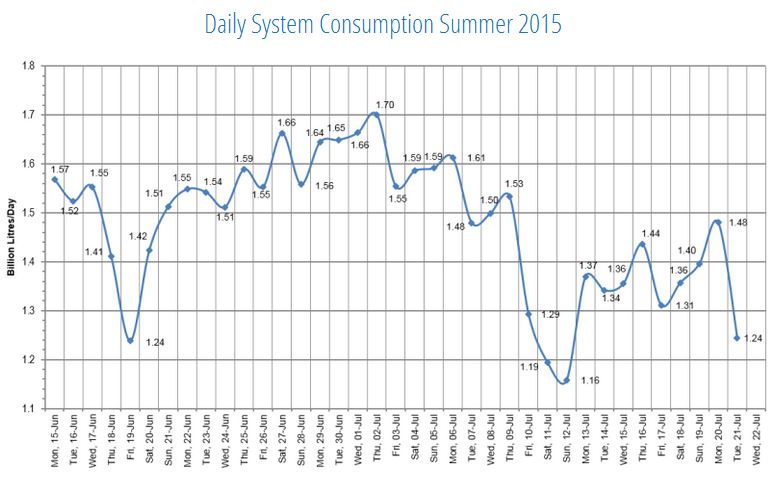