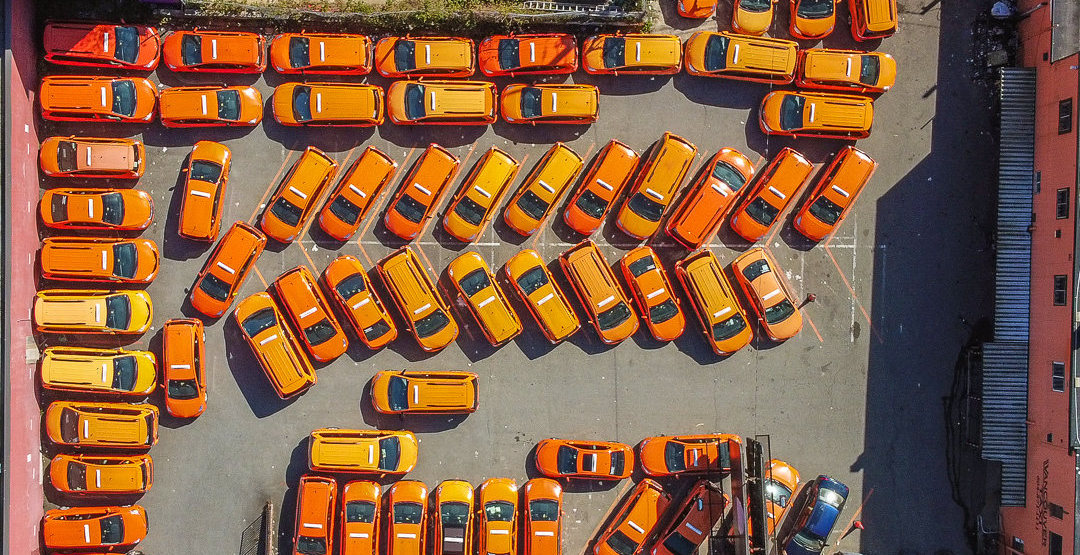 Written by Gurdip Sahota, the general manager of Sunshine Cabs Limited in North Vancouver and a realtor who lives in Surrey.

In a region that is constrained by our geography and worsening traffic congestion, we need action to solve the complex transportation problems of the BC South Coast and Metro Vancouver regions.

The last two successive BC governments have consulted extensively on how to balance competing needs for more transportation options, while having a thriving taxi industry, which is an essential service for people who choose not to have a personal car or are beyond the reach of our transit system. The advent of autonomous vehicles is part of this changing landscape which will present exciting opportunities and unique challenges.

The taxi industry has resources that can help alleviate urban mobility issues, but we are severely constrained due to archaic boundary rules that prevent the efficient use of existing taxi fleets.

These boundaries cause “deadheading,” which is when a taxi dropping off a passenger outside their “home jurisdiction” must go back empty, without a passenger, and is not allowed to pick-up a passenger on the way back. Deadheading leads to the inefficient use of taxi fleets, increased traffic congestion, GHG emissions, higher costs for operators, longer wait times for passengers and lower-income for drivers.

Another way to describe it is that our taxis can only operate 50% of the time. Imagine any other business being allowed to open for one hour, then having to shut down for the next hour, opening for the next hour thereafter. You get the picture.

In an age of mobile apps, boundaries render taxi apps useless, as the pool of available taxis is greatly reduced. Imagine opening a taxi app in Vancouver and seeing only Vancouver-based taxis, many of whom may be on trips and unavailable. At the same time hundreds of cabs from neighbouring municipalities and Vancouver International Airport (YVR) are dropping off customers but are not allowed to pick-up passengers because of boundary restrictions.

Having all 2,500 Metro Vancouver taxis on a single mobile app platform would allow for quicker response times for taxi requests and drivers would also make more money. This would also help with economic recovery too!

Over the last 25 years, taxi shortages and trip refusals in downtown Vancouver have been a perennial problem, especially on weekends, at special events and during the afternoon rush hour while local Vancouver cabs are changing their shifts. All this while, hundreds of cabs from YVR and surrounding municipalities are dropping off passengers and must drive out of Vancouver empty.

Even before COVID-19 hit us, the BC taxi industry has been facing an existential crisis, since ride-hailing services were approved to operate in BC in late January of this year. The John Horgan government had promised a level playing field during “consultations” with the taxi companies, but when the enabling regulations were unveiled in September 2019, there was no level playing field.

The new regulations allowed for vast operating areas for ride-hailing companies, while taxi companies are not allowed to operate freely to meet customer demand.

The Passenger Transportation Board (PTB), which regulates all passenger directed vehicles like taxis, limousines and ride-hailing, has set operating zones across BC. For example, Region 1 covers a vast area and includes Whistler, Squamish, Metro Vancouver, the Fraser Valley and Hope. The Metro Vancouver Regional District, with its 21 municipalities, is the only remaining regional district with internal boundaries for taxis.

By contrast, the Capital Regional District (CRD) has 13 municipalities, including Victoria, and has no internal boundaries for taxis. Taxis there can pickup and drop off anywhere across the CRD, unlike in Metro Vancouver.

For the past many years, we have been calling for these boundaries to be removed. We have petitioned the government to eliminate this red tape. We are told that the Minister of Transportation cannot “direct” the PTB to remove these boundaries, as it is an “independent” tribunal. Yet at that same Cabinet table, the Attorney General has no trouble “directing” or “issuing a Ministerial Order” to the equally “independent” BC Utilities Commission, to summarily approve ICBC applications for the introduction of new insurance policies for ride-hailing vehicles and cabs!

Taxi companies can compete with ride-hailing but are unable to do so with one arm tied behind their back. The taxi industry supports the livelihood of thousands of families across our province, many of whom are immigrants. The taxi industry has helped them realize their Canadian dream of owning a home, raising their families and putting their kids through college, so that they can give back to this country.

As governments come up with strategies to safely restart their economies, we offer up a low hanging fruit to the Horgan government that will most certainly help secure jobs: remove these taxi boundaries. If this taxi industry perishes, hundreds of hard-working families will not only lose their incomes, but also their homes. I hope Premier John Horgan is listening.