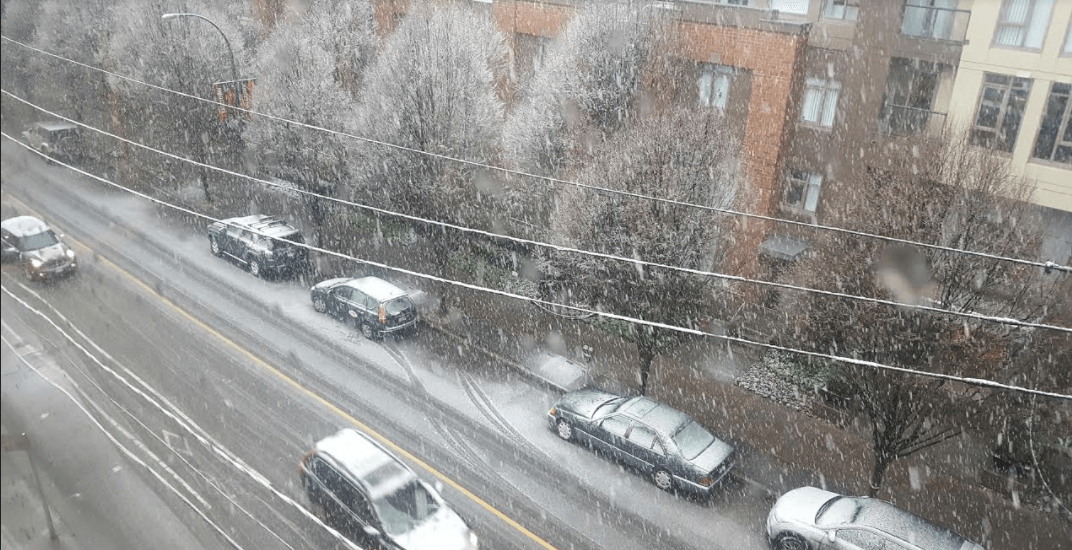 A Special Weather Statement is calling for possible snowfall in Metro Vancouver.

According to Environment Canada, the statement is in effect for the following areas:

“A frontal system will arrive over the south coast late Monday afternoon. The front combined with the modified arctic air in place will give potential to produce accumulating snow for neighbourhoods and roadways above 200 metres.”

The system is expected to pass on Tuesday.