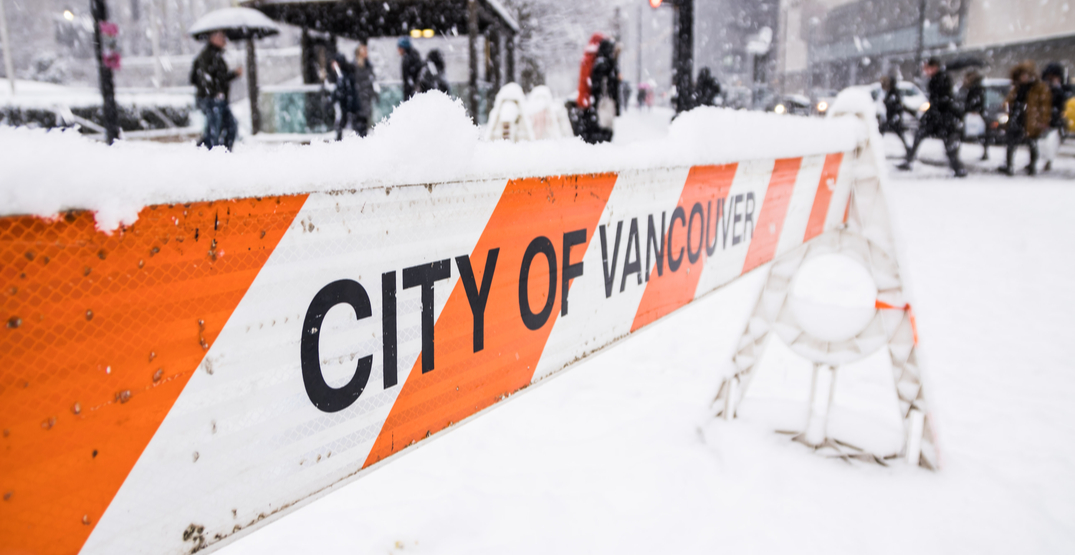 Metro Vancouver’s most recent bout of winter weather resulted in some major accumulations of snow around the region.

According to Environment Canada, Coquitlam saw the largest accumulation of snowfall on Sunday, with 22 cm total, followed by North Vancouver (up to 19 cm), and Surrey (16 cm).

The weather agency reports that 5 to 9 cm total of snow fell in Vancouver as of Sunday night.

There was a fair bit of snow 🌨️ for the South Coast yesterday. First, wet snow on Sunday morning, then dry, fluffy snow in the evening. Here are a few snowfall accumulations… How much fell in your area? #BCStorm pic.twitter.com/nBYoCE3lN9

And the snow isn’t over yet.

Environment Canada has issued a Special Weather Statement in effect for the following areas:

The weather agency reports that “a series of disturbances are set to bring more snow to the south coast this week.”