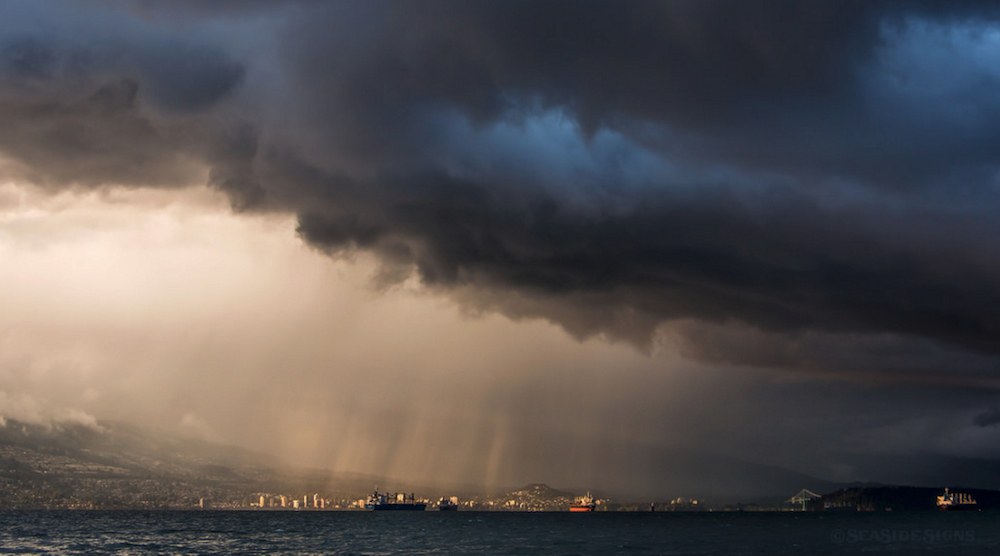 There’s no end in sight for the falling liquid sunshine in Metro Vancouver, according to Environment Canada’s latest forecast and continued rainfall warning.

Over 28 mm of rain fell at Vancouver International Airport yesterday, with higher measurements in the city and North Shore. Up to another 25 mm can be expected today for parts of the region, particularly in the North Shore, Tri-Cities, and areas eastwards towards Mission.

A high of 11°C is expected later today, and coupled with rain these conditions should greatly accelerate snow melt in neighbourhoods.

Similar conditions are expected to continue through at least early next week.

Heavy downpours and snow melt can cause flash floods in low-lying areas and where drains are clogged. Streams and creeks in the North Shore mountains could also suddenly swell.

While precipitation fell as heavy rainfall at Cypress, Grouse, Seymour, and the bottom half Whistler Blackcomb mountains yesterday, a lowered freezing level will likely cause rainfall to transition into snowfall beginning later today and lasting throughout the remainder of the week.