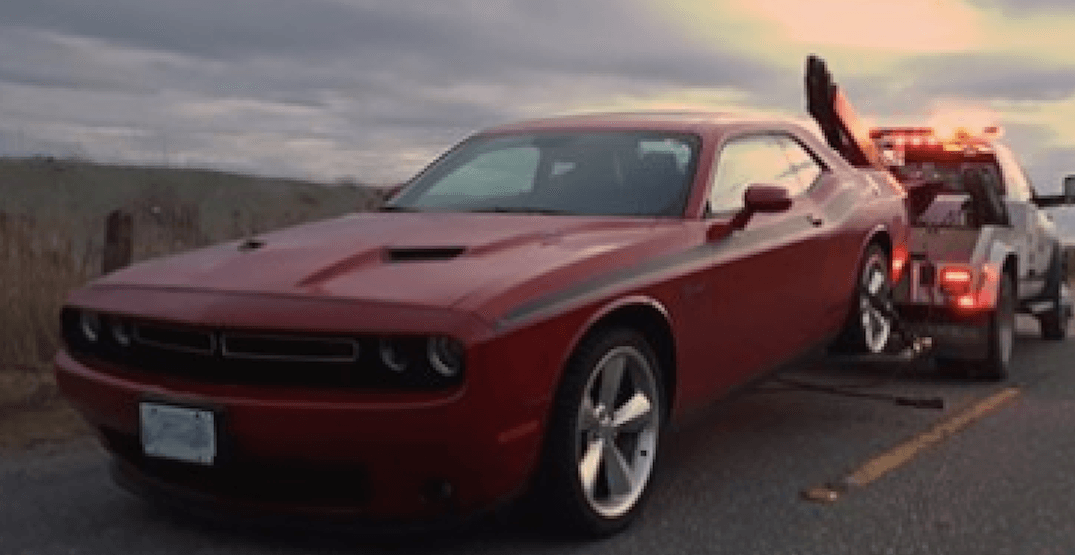 The Dodge Charger was towed away and impounded for seven days. (Delta Police / Facebook)

The driver of a Dodge Challenger in Metro Vancouver is without their wheels for seven days, after being caught and charged by police for excessive speeding.

According to Delta Police, the incident took place Thursday morning, in the 10000 block of Hornby Drive.

Police had stepped up patrols of the area after receiving a complaint of “vehicles speeding every morning” in that area – a marked 50 km/h zone.

In response, police set up laser speed detection in the area on Thursday, as well as confirmed that “the 50km/h sign was posted and the view was unobstructed.”

Police said that at 6:45 am, officers observed a Dodge Challenger in the oncoming lane, passing another vehicle, and estimated the speed to be 115km/h.

The car was impounded for seven days, and the driver was charged with excessive speed and illegal passing on a “laned” roadway.