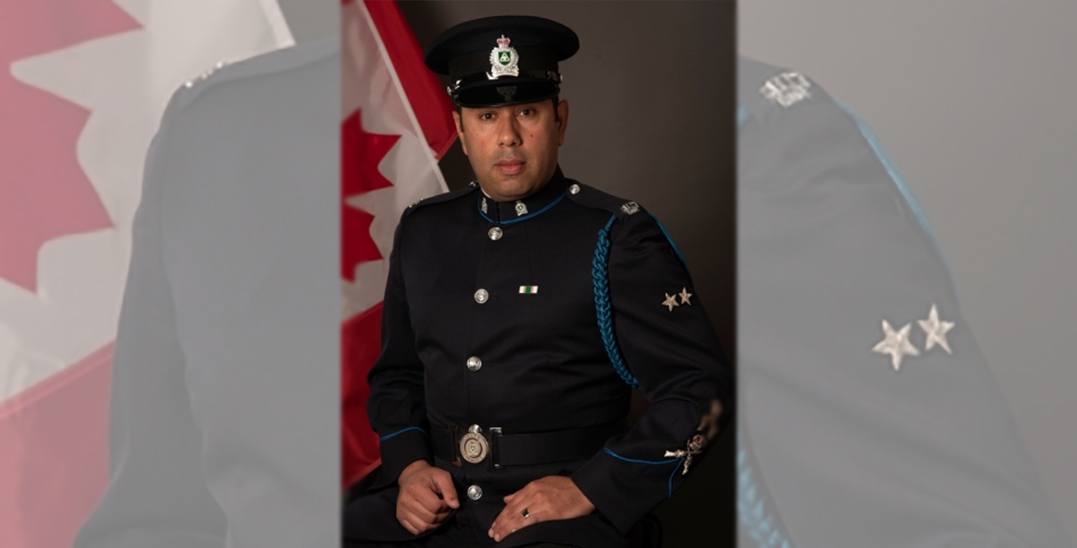 On Wednesday afternoon, police rushed to aid an off-duty officer and a woman who were stabbed outside a private elementary school in North Delta.

The conflict took place after classes let out, just outside of Immaculate Conception on 119th Street.

“An off-duty Delta Police officer was at Immaculate Conception and witnessed an assault occurring between a man and a woman in front of the school,” said Cris Leykauf, spokesperson for the Delta Police. “He intervened, and during the altercation, the woman and the officer were stabbed.”

Acting Sergeant John Jasmins and the female victim received serious stab wounds and were both taken to the hospital.

The woman, a 41-year-old Delta resident, remains in serious condition but is improving. Sgt. Jasmins condition was upgraded to stable earlier today.

“I want to acknowledge our officer’s quick thinking and bravery,” says Delta Police Chief Neil Dubord. “Investigators believe that if John hadn’t acted so quickly, the woman involved in this incident could have lost her life.”

Chief Dubord also credited the officers of his police force, praising how quickly they responded to the incident.

Police received 9-1-1 calls at 3:03 pm. Within a minute of the calls, the first on-duty police officer arrived on the scene.

The suspect, 49-year-old Manoj George, was identified and taken into custody by 3:06 pm.

George now faces two counts of aggravated assault and two counts of assault with a weapon. The Delta resident was in a relationship with the woman who was injured.