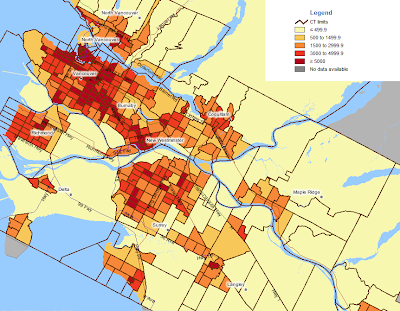 Even if we were to exclude downtown Vancouver’s population the average density in Vancouver outside downtown is still around 10,500/ sq mile or 3 times that of Surrey. I guess people fail to mention that.