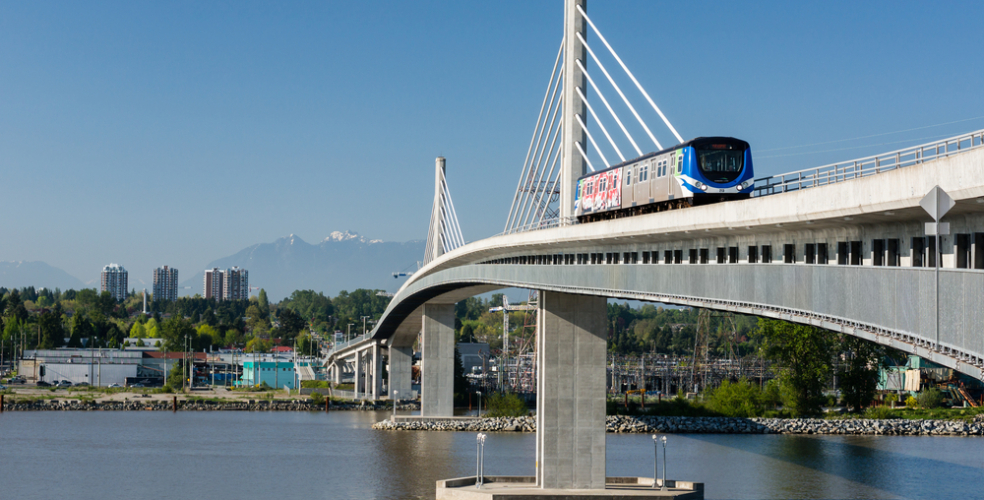 The federal government is setting aside $20 billion over the next decade to help fund a long list of public transit infrastructure projects across the country, but it is up to local and provincial governments to take the first steps and pursue that funding.

Earlier this year, Prime Minister Justin Trudeau allocated the first $3.4 billion in funding from the transit initiative towards shovel-ready projects, particularly maintenance and repairs on existing infrastructure. This first phase sent $370 million to Metro Vancouver, $840 million to Toronto, $775 million to Montreal, and $347 million to Alberta, largely split between the urban centres of Calgary and Edmonton.

A second phase, the lion’s share of the federal transit program, will go towards new multi-billion dollar transit projects. This happens to be the very source of funding that TransLink’s Mayors’ Council hopes to tap into for half of the cost to build the underground extension of the SkyTrain Millennium Line under Broadway to Arbutus and the new 27-kilometre Surrey light rail transit network.

Both of these projects will cost an estimated $4.5 billion combined. With the federal government already stating it would be willing to contribute up to 50% of the cost for new projects, as much as $2.25 billion could be coming from Ottawa to help cover these two major projects.

However, this is entirely dependent on securing the remaining 50% share of transit funding from both the provincial government and local governments and TransLink.

The provincial government previously stated it will fund no more than a 33% share of transit projects. But to much disappointment, this failed to materialize yesterday when Peter Fassbender, the Minister responsible for TransLink, announced $246 million in three-year commitments – a 33% share on the first phase of funding based on what was allocated from the federal budget.

The provincial government of Ontario is spearheading much of Greater Toronto’s transit projects, providing $16 billion in provincial funding for a number of projects. But this is dependent on another $5.2 billion from municipal and federal governments if it is to go ahead.

Montreal also has a number of major projects in the works, including a $5.5 billion, 67-kilometre-long, SkyTrain-like automated light rail system. Quebec’s pension fund, the Caisse de dépôt et placement du Québec, has already committed $3 billion and it needs another $2.5 billion from senior governments to proceed.

“There is always the risk that Ottawa will reallocate transit funding to other provinces if B.C. cannot get its act together and come up with the matching funds,” Anthony Perl, Professor of Urban Studies at Simon Fraser University, told Vancity Buzz. “This would be a tragic, but not unimaginable, setback from the current standoff between the Mayors and the Province.”

Even with a provincial election just around the corner, scheduled for May 2017, Perl does not believe Christy Clark’s government will change gears and switch its position on public transit.

“Although a better transit system in the Lower Mainland would actually boost both economic and environmental performance simultaneously, the BC Liberals don’t see a big political payoff from improving public transit in and around Vancouver,” he said. “I doubt their motivation to do better will improve as the election approaches.”

“Transit is seen as a high cost, low reward, issue by the current provincial government. They are more inclined to pursue short term gains from big bridge and highway projects, like the Massey Tunnel replacement, than to embrace sustainable transportation anytime soon. It would take a change of government to rebalance transportation priorities in BC.”

Similarly, Ian Bruce, the Director of Science and Policy of the David Suzuki Foundation, says the recent lower-than-expected funding commitments from the provincial government “is a repeat of history by failing to provide a complete solution to the region’s transportation challenges.”

“If the provincial government and regional mayors can’t set aside political differences and create a plan to come up with the full remaining amount, Metro Vancouver risks losing the federal investment to regions that can,” he continued. “Our leaders need to move now to implement to the tools needed to generate the required funds. If they fail, we will all pay the price.”

A survey conducted this month by Angus Reid Global for the Mayors’ Council found that 90% of residents in Metro Vancouver believe transit improvements are necessary and a regional multi-year transportation plan should be rolled out immediately. Eight in 10 people also want to see all elements of the proposed $7.5 billion transportation plan built instead of the traditional piecemeal approach.

Additionally, with growing traffic volumes and road congestion, transportation has become the second most important issue in the region after housing affordability.