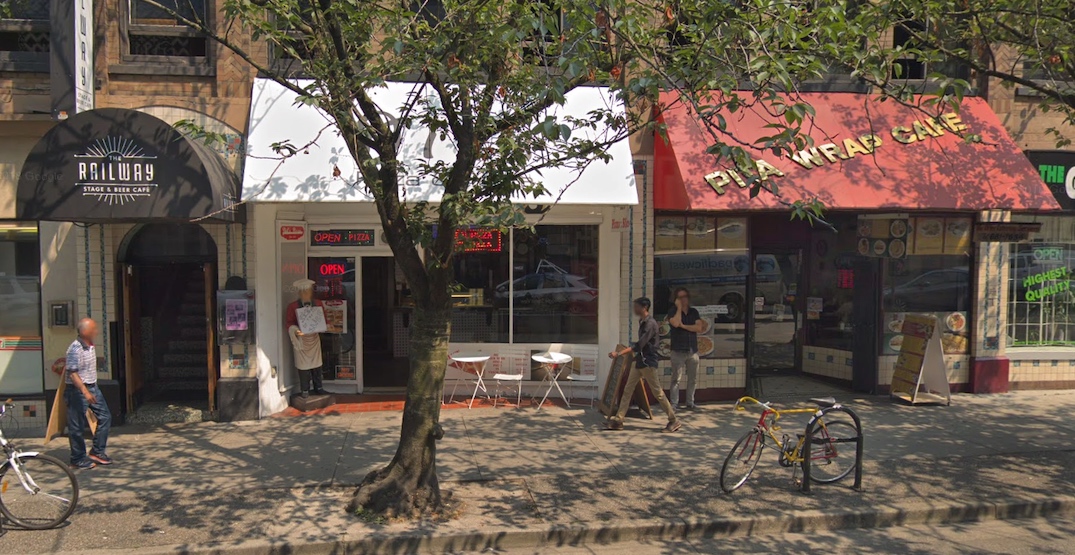 Pita Wrap Cafe at 565 Dunsmuir Street in downtown Vancouver closed earlier this month after 16 years of business, with a 45% property tax increase embedded in its triple-net lease insurmountable for the business after it reopened for indoor dining.

Over in White Rock, Blue Frog Studios has seen a double blow to its business. Not only has it been forced to close since March 2020 due to health restrictions, but it has also been hit with a 50% increase in its property taxes.

The live music venue’s property tax assessment in January showed the assessed value had risen by 4%, but when their property tax notice came in June the actual taxes had increased by 50% since last year. This includes a 260% year-over-year increase in the school tax portion.

“We have been pretty much closed for 15 months, we are down on the ground struggling to stay afloat and now the government has just kicked us right in the gut,” said Blue Frog Studios co-owner Kelly Breaks.

“This is happening to businesses all over BC and it is particularly devastating to the arts and culture businesses that were forced to be shuttered.”

She says there is an urgent need for the provincial and municipal governments to cut back on commercial property taxes to be more in line with valuation increases.

“We are essentially being forced out of business by the government. No one saw this coming,” continued Breaks. “So far, the government has not done anything, and a commercial tax revolt may be the only solution to this issue.”

The City of Vancouver, he says, is a leader in creating an unsustainable business environment with its high rate of growth in its overall property taxes, with a 7% increase in 2020 and a 5% increase for 2021. Contrast this with Surrey’s 2021 tax increase of 2.9%, Port Coquitlam at 2.13% (after 0% in 2020), Coquitlam at 2.2% with a lower rate for businesses, and Calgary striving for 0%.

Sullivan says businesses are particularly being hammered by property tax levels that consider the redevelopment potential of the lot — the un-built floors of homes in the air space above the single-storey of retail, restaurants, and venues. The tax burden can be equivalent to an imaginary condominium tower.

For years, there have been calls for the provincial government to enact a split tax assessment when calculating property taxes for small businesses. The latest push was a proposed bill by the BC Liberals in Fall 2019, but it failed to gain traction in the legislature.

A split tax assessment establishes a new classification for the empty space above small businesses, providing municipal governments with the ability to tax the unused airspace at a zero or near-zero rate. Small businesses would effectively only pay property taxes for the property they actually use.

In February 2020, just before the onset of the pandemic, the provincial government rolled out a temporary program to reduce property taxes on struggling small businesses and non-profit, cultural, and arts organizations that have seen their lease costs escalate. This program is managed by municipal governments, and is slated to run through 2024.

At the time, the provincial government said a split tax assessment would take years to develop.

Sullivan says the provincial government’s offer of a temporary one-year exemption on some taxes and the municipal government’s shift of some taxes onto residents is equivalent to “offering a bailing bucket when the ship is sinking.”

Additionally, Sullivan suggests that the City of Vancouver, in particular, should focus on only its essential or core services — the basic responsibilities of a municipal government — to decrease the need to continue property tax increases every year.

The city’s plan to introduce mobility pricing, such as road tolls, will further inhibit the recovery of struggling businesses in and around the city centre.

“Vancouver has strayed well outside its lane by including typically provincial and federal mandates, like social programs for the homeless, affordable housing, and healthcare initiatives for the opioid crisis. While these programs may be necessary, adding them to the local civic taxpayer tab is unfair,” he said.