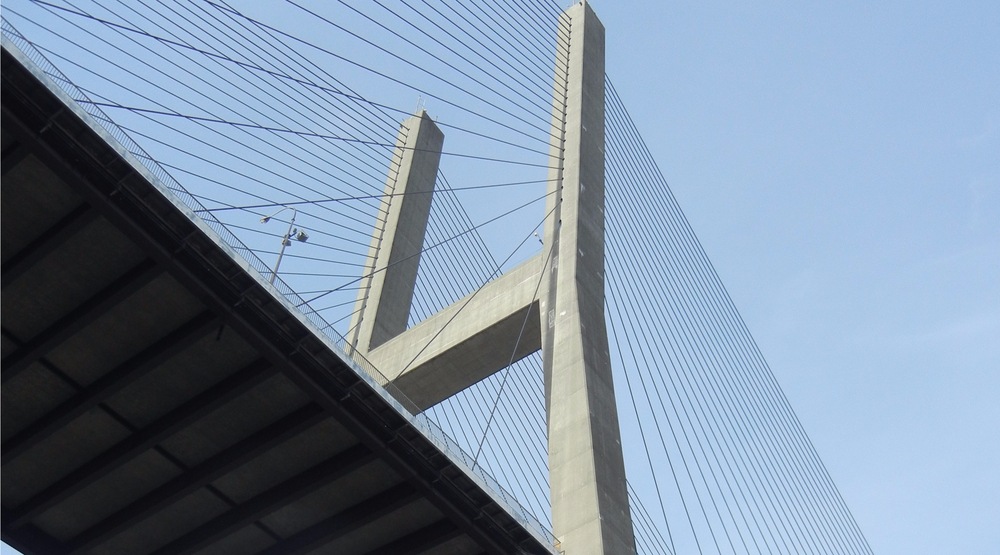 While the series of snowfalls this winter may have caused a headache for commuters, they have also proven costly for those charged with keeping two main bridges – the Port Mann and Alex Fraser – snow-free.

Winter maintenance responsibility for the two bridges is split between TI Corp for the Port Mann, and the provincial Ministry of Highways for the Alex Fraser Bridge.

The cost of keeping the white stuff off the Port Mann totals $4 million so far this winter, and $1 million for the Alex Fraser, for a combined total of $5 million.

In an email to Daily Hive, the Ministry of Highways and Infrastructure said this amount “includes all snow clearing methods.”

The Port Mann Bridge uses a gravity-propelled collar drop system that removes snow and ice from the suspension bridge cables. The chain collars are manually dropped from the top of the bridge towers.

As for the Alex Fraser Bridge, officials with the Ministry tested a similar collar drop system on the structure’s cables earlier this year. The use of a helicopter’s high winds is also being considered as a way to remove snow and ice from the bridge.