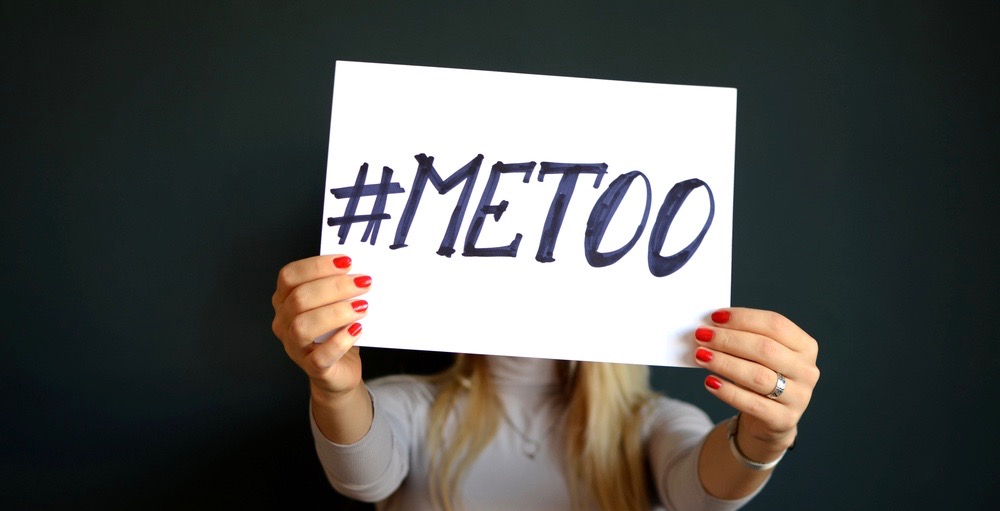 Nobody can deny the power of the #MeToo social media movement.

Yesterday we woke up to the news that TIME magazine had named the “silence breakers” behind #MeToo 2017’s “Person of the Year,” a much celebrated move that has brought the movement back to dominate news feeds, headlines and conversations once again.

And, of course, that’s a really good thing (and, dare I say, a much better choice than Donald Trump).

But, sadly, with progress and collective shifts in consciousness often comes backlash, something highlighted recently by Facebook COO Sheryl Sandberg in a Facebook post from December 3, 2017. This quiet backlash against it makes the #MeToo movement more important than ever. But we need more than the sharing of stories, as brave and bold as doing so is.

In the post, Sandberg identifies a common root of sexual harassment in the work environment as power – something women need more of if we’re going to change this game.

Sandberg (shockingly) reveals that she hasn’t experienced sexual harassment or assault throughout her career by anyone she has worked for (and she has only worked for men), but she has certainly encountered it in professional situations. “A hand on my leg under the table at a meeting. Married men – all decades older than I – offering ‘career advice’ and then suggesting that they could share it with me alone late at night. The conference where a man I declined leaving a dinner with came to my hotel room late at night and banged on my door until I called security,” writes Sandberg.

While Sandberg didn’t work for any of these men, they all shared one trait: Power. “That’s not a coincidence. It’s why they felt free to cross that line,” writes Sandberg. As she has gained massive career success – and, subsequently, a lot of power in her own right – Sandberg acknowledges that these incidences have occurred less frequently. “But they still happen every so often, even in my current job – but only ever with men who, in that moment, feel that they have more power than I do,” she writes.

Of course, non-powerful men (and women, for that matter) are also culprits of sexual harassment, but the fact is that some men possess a warped sense that their power gives them both access and permission to make unwanted advancements, lewd remarks or inappropriate gestures toward women.

I’ve experienced sexual harassment as a high school student by a teacher who could affect my chances of getting into my top choice university. I’ve experienced it as a young waitress by middle-aged men whose tips (or lack thereof) could make or break my night. I’ve experienced it as an actress from a director in Los Angeles who had the ability to put me in major movies. I have yet to experience it in the media industry. But many of my female peers have.

And, to Sandberg’s point, power and the misuse of it played a central role.

Jian Ghomeshi, Bill Cosby, Harvey Weinstein, Brett Ratner and Matt Lauer – the list of powerful accused sexual harassers is long. And it only continues to grow.

These men, for the most part, were able to get away with their conduct for so long because their victims were too afraid that taking action would jeopardize their careers or reputations. So, for too long, it was tolerated like the elephant in the industry. Of course, open secrets concerning inappropriate behaviour aren’t reserved for the entertainment world. I’ve heard all about the inexcusable work social function habits of friends’ bosses, both past and present. No industry is immune to it.

The good news is that #MeToo has left an impossible-to-ignore dialogue that has resonated globally, inspiring important conversations about what is appropriate among both men and women. But, it’s also freaked a lot of men out, frankly. And that’s a major problem.

The backlash to #metoo, says Sandberg, comes from nervous men who cry, “This is why you shouldn’t hire women,” and a growing unease between men and women in the workplace. In a climate when a different powerful public figure is thrown from his throne for sexual assault allegations seemingly weekly, such men fear standing too close to a woman, or that innocent miscommunications or misinterpretations will result in a sexual harassment accusations and accompanying life-changing consequences.

“The percentage of men who will be afraid to be alone with a female colleague has to be sky high right now,” writes Sandberg. “Doing right by women in the workplace does not just mean treating them with respect. It also means not isolating or ignoring them – and making access equal.”

While most workplaces have sexual codes of conduct, there is room for ambiguity in many of them and consequences are not properly communicated. To echo Sandberg, this is a critical time to really address issues of unwanted sexual advances in the workplace in a manner that holds perpetrators accountable and responsible. New policies and practices should be outlined in black and white – there’s no room for a grey area anymore. In order to ease any tensions (so that men aren’t avoiding both eye contact and one-on-one conversations with female coworkers) employees need to be educated on what can and can’t be said and done through cohesive training programs. It needs to be communicated that any claims of inappropriate behaviour will be taken seriously and addressed swiftly.

Change also means a shift in power: we need more women with more power in industries across the board. It also involves women uniting and supporting other women instead of knocking them down. There’s power (keyword) in numbers, after all.

Thankfully, we’re already seeing action. For example, yesterday, actor Mia Kirshner, filmmaker Aisling Chin-Yee and actor-producer Freya Ravensbergen kicked off a two-day symposium in Toronto entitled #AfterMeToo. The initiative unites members of the Canadian film and TV industry, trauma experts, lawyers, activists and politicians to discuss ways to battle sexual harassment, assault and abuse in an industry that’s particularly susceptible to it. In the wake of the mounting headline-making sexual assault allegations, this year, many companies are either cutting back on a free-flowing open bar, or holding pre-holiday party meetings to reiterate expected codes of conduct.

Of course, aside from power and policies, there needs to be a collective shift in understanding that not only is certain behaviour not to be tolerated and comes with serious consequences, it’s also wrong. If you’re not sure, ask yourself how you’d feel if it was your mom, sister, daughter or niece in that situation.

It’s honestly that simple… and yet it’s still so difficult for some to grasp.

Hopefully that’s about to change for good.