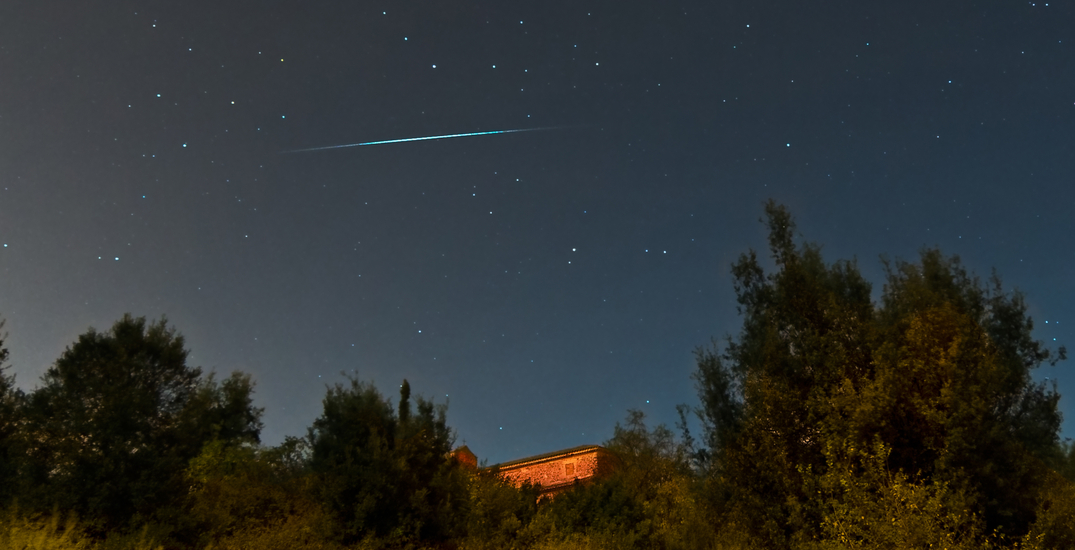 Canadians will get the chance to see not one, but two meteor showers this month as Draconid and Orionid showers light up the sky.

As is always the case with meteor showers, some city dwellers may struggle to see them, so if you’re really interested in seeing a light show, it’s best to head somewhere with minimal light pollution.

The Draconid shower will likely be the most visible for Canadians, and according to EarthSky, the shower will peak on October 8. This meteor shower is more visible in the evening hours, so you don’t have to drag yourself out of bed before dawn to catch the show.

Unlike some of the other meteor showers we get to see on Earth, the Draconid shower isn’t always as exciting, spewing fewer meteors than others. Stargazers will typically see about five meteors per hour during this shower. But Draco sometimes pulls out all the stops, according to EarthSky who said that sometimes this shower can produce hundreds of meteors in an hour, in 2011, European astronomers counted more than 600 meteors in an hour, so it’s worth checking out.

This meteor shower will hit the skies from October 6 to 10. As it will peak on October 8, that’s the best time to try to catch it, but October 7 and 9 might produce a good show, too. As always with a meteor shower, try to head somewhere with less light pollution to get a good view.

The Orionid shower can be seen in the October night sky throughout most of the month, but it won’t peak until October 21, according to EarthSky.

This shower will shoot meteors across the sky in the pre-dawn hours, so if you’re an early riser, it’ll be worth looking up to see what the sky has to offer.

October’s full moon may put a damper on things, as it will shine from October 19 to 20, and will flood the night sky with light, making it more difficult to see the meteors. You can still catch this meteor shower throughout most of the month before and after it peaks, so if you’re an avid star gazer and want to see some Orionids, head to a dark area on a night when the moon is dimmer.

During a typical Orionid shower, you can expect to see between 10 and 20 meteors an hour, but EarthSky says that sky gazers this year shouldn’t expect to see that many with the moon’s brightness outshining Orionid’s peak, but that meteor showers are full of surprises, so it might be worth taking a look anyway.