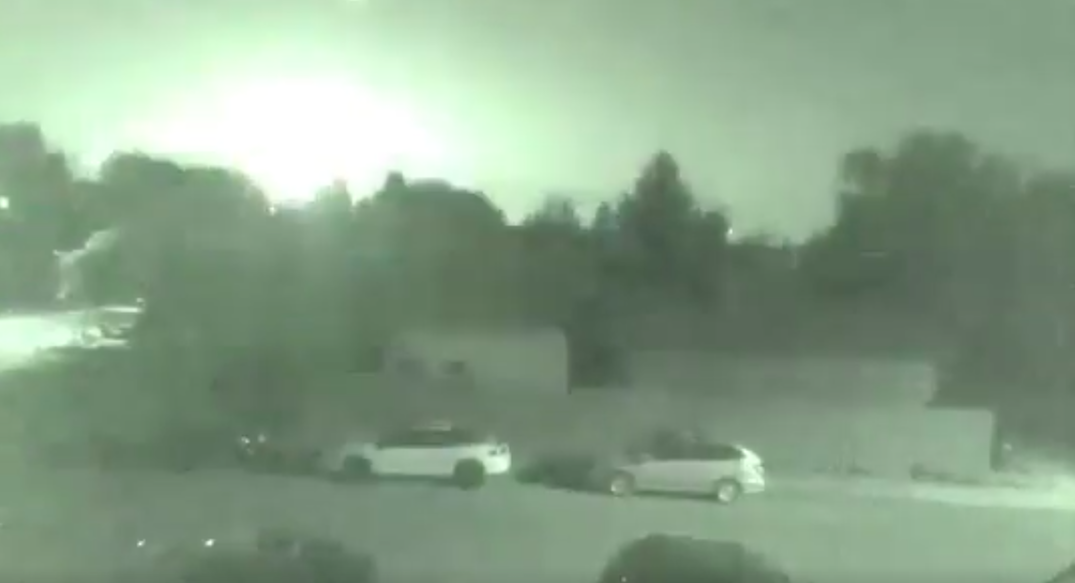 If you were on a date on Monday night in BC or Alberta, and thought you saw a spark, you probably did. Although, this spark was in the sky.

Multiple reports surfaced on Sunday, just after 10 pm PT, of a fireball lighting up the dark skies followed by a loud sound resembling an explosion. Sightings were reported in Calgary and as far as Hornby Island, in BC.

Witnesses to the phenomenon took to social media to share accounts of what they saw, with many reporting a landing near Nelson, BC.

Here’s the meteor. Apparently it landed near Nelson, BC. 200km west of Calgary pic.twitter.com/DprrY42FsI

Well, that was different: while sitting on a patio in #NelsonBC the entire sky lit up and a meteorite came down. Huge boom about 1m later.

He later released a brief statement saying he initially thought it was a power surge.

“It’s smokey here, so everything lit up quite dramatically,” said the Chief, who’s based in Kamloops, BC. Then, he said, he looked to the East. “I saw a reddish fireball streak and break up going south to north. Nothing happened afterward, then within 60 seconds there was a massive sound (like a long, rolling thunderclap) for about five seconds.”

Several reports of a fireball over Canada tonight. pic.twitter.com/n9rCm4lLgJ

Just saw a huge fireball from Hornby Island! Where did it land?! #meteor #fireball #endtimes

On Tuesday morning, the American Meteor Society (AMS) confirmed it has received over 90 reports of a fireball above BC on September 4 at 10:14 pm PT.

“The fireball was seen primarily from British Columbia but was also seen from Alberta and Saskatchewan as well as from Washington, Idaho and Montana,” they said. “According to our latest estimated trajectory, the fireball traveled in a southeast to northwest direction entering the atmosphere near the small city of Boswell and terminating near Meadow Creek, British Columbia.”

According to the American Meteor Society, “A fireball is another term for a very bright meteor, generally brighter than magnitude -4, which is about the same magnitude of the planet Venus as seen in the morning or evening sky. A bolide is a special type of fireball which explodes in a bright terminal flash at its end, often with visible fragmentation.” 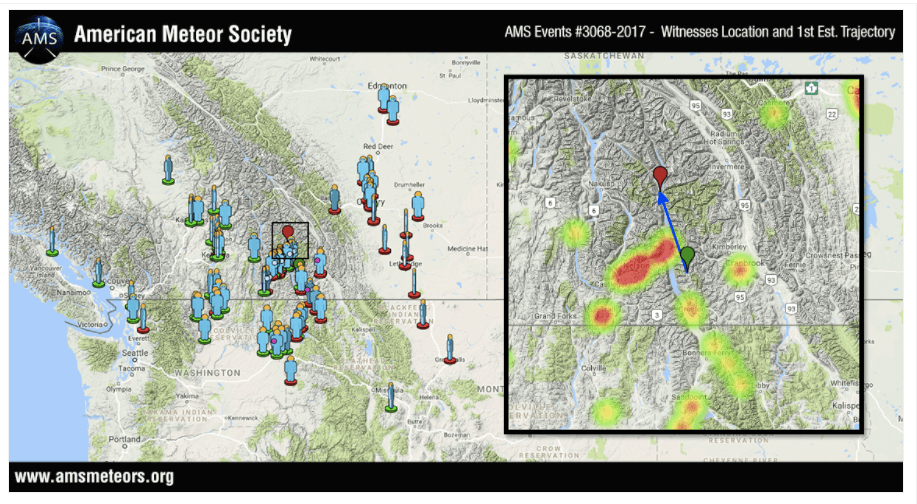 Although there are no confirmed reports of where a possible landing may have happened, much of the videos shared on social media on Monday are taken from security cameras in BC, as per AMS’s report.

Since the Game of Thrones season is over, and you probably weren’t glued to a television, did you catch this rare meteor sighting?