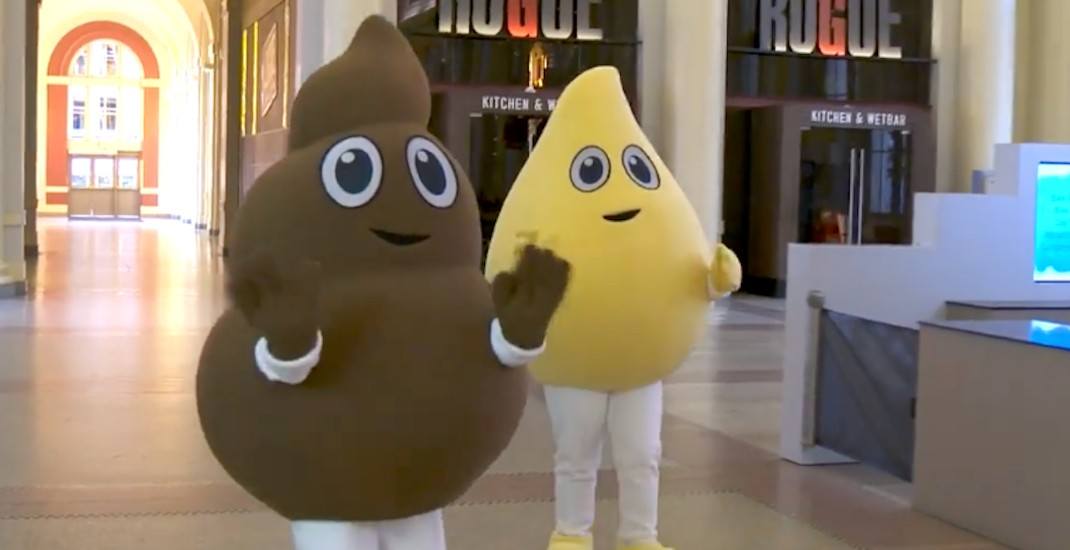 The Metro Vancouver region has officially introduced two mascots that literally belong in the toilet.

Pee and Poo are part of Metro Vancouver’s third annual Unflushables campaign, which reminds residents to not flush items — such as tampons, hair, and floss — down the toilet.

The campaign launched on April 1 (nope, not an April Fool’s joke) and on April 29, Metro Vancouver released a video of the Pee and Poo mascots visiting Waterfront Station to spread the word about the campaign. One person was dressed in a costume similar to the poop emoji and the other was dressed as a drop of pee.

The Metro Vancouver region says that unflushable items can cause serious damage to the sewer system and only poo, pee, and toilet paper should be flushed. This year, the campaign focuses on preventing wipes from being flushed down the drain. Wile wipes are often misleadingly marketed as “flushable” they can lead to major clogs in pipes, pumps, and other infrastructure.

“It’s important for residents to understand that disposing of unflushable items in the toilet may cause clogs on residential property and result in costly repairs at the owner’s expense,” said Richard Stewart, Chair of Metro Vancouver’s Utilities Committee, in a statement.

“Even though many wipe products are labelled ‘flushable,’ residents should be throwing them in the trash, not the toilet.”