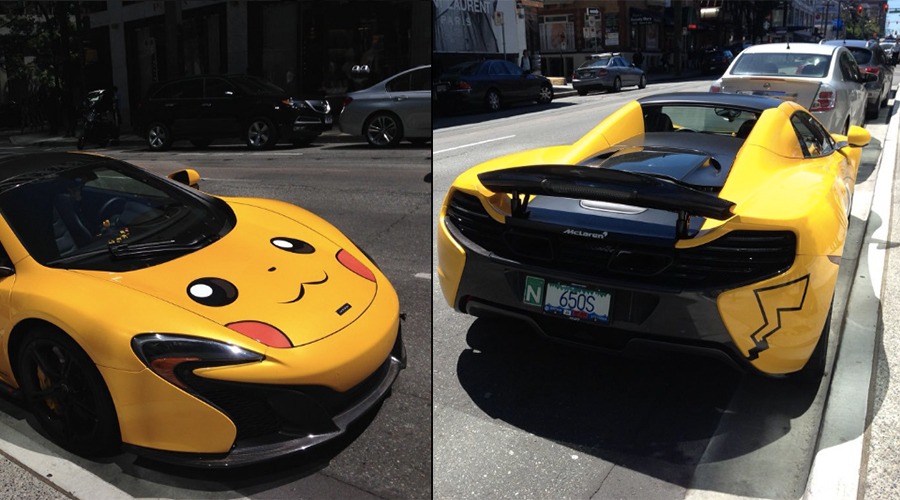 Just when you thought the Pokémon GO craze couldn’t get any crazier, this happens.

A McLaren 650S supercar was spotted by several people gracing the streets of Vancouver – which isn’t that unusual, considering we’re the supercar capital of North America – but this particular McLaren has Pikachu’s face on it.

Yes, the adorable yellow Pokémon’s mug is painted on a supercar that retails for US$350,000.

Hay @moomobunnylips Your McLaren has arrived. Only in Vancouver. #pocketmonster #Pikachu pic.twitter.com/FoK0HiUr4g

The best part? It has an “N” sticker on the back.

You can’t make this stuff up.

While the Pikachu-painted front fascia might make this car seem adorable, make no mistake: it’s still a beast. The McLaren 650S comes equipped with a 641 horsepower 3.8 litre twin-turbo V8 that launches the car from 0 to 100 kilometres an hour in less than three seconds.

Have you seen the Pikachu McLaren around town? Let us know in the comments below.