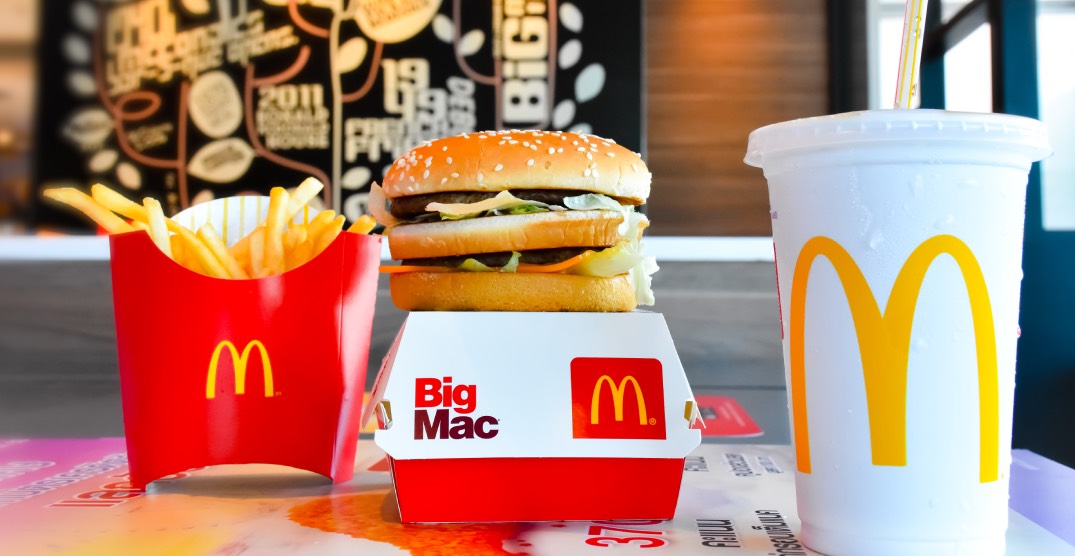 It’s official, Canada. It looks like we might be the runner-up for having the most calorific McDonald’s food items in the world.

A recent study conducted by NiceRx has shown that McDonald’s Canada has the second highest number of calories on average.

“We wanted to take a look at the fast food options around the world to see how they compare when looking at measures such as calories, saturated fat, and sugar content,” NiceRx posted on its website.

Japan is ahead of Canada in first, with South Korea “chasing” us in third place.

The study looked at the combined caloric count of the countries’ Big Mac burgers, one medium portion of French fries, and one chicken McNugget.

Japan had a total combined calorie count of 989, while Canada was only slightly behind with 962 calories for the three items.

Israel had the fewest calories, with 729.That’s quite a difference. It looks like food items from the fast-food chain are not all created equal.

The most calorific fries were found in Japan, with 410 per medium portion, while Mexico had the least amount, with 288 calories.

It wasn’t all calorie counting for this research. Fat and salt content were looked at as well.

Turkey, which didn’t even crack the top 10, had the most saturated fat content and the most salt content in their food. Israel was last in both categories.

In these three items, Turkey had a fat content of over 22 grams. Israel was barely over 5 grams.

As for which country can brag about having the biggest McDonald’s Big Mac? That honour goes to South Korea at 583 calories.