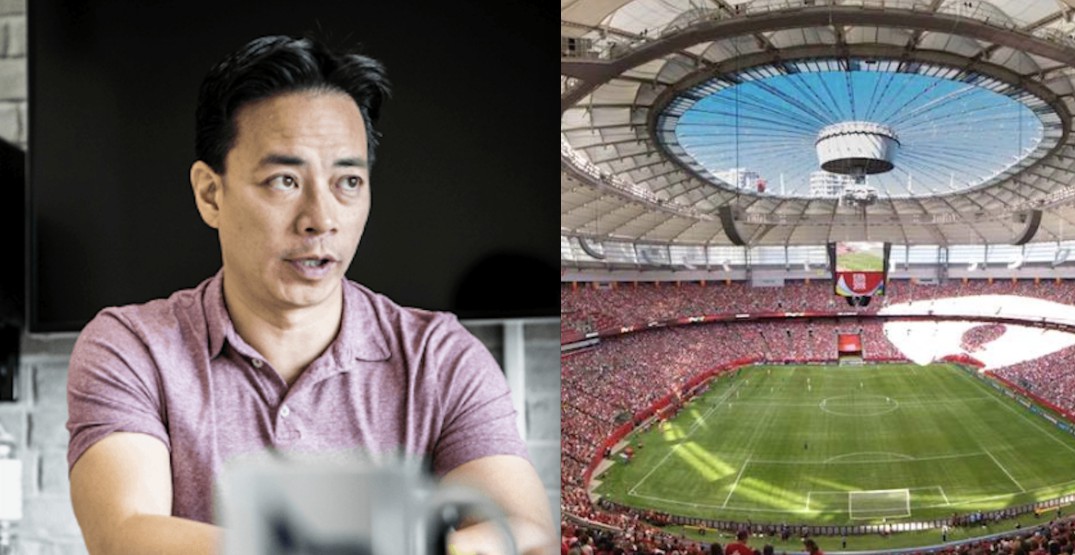 NPA mayoral candidate Ken Sim says that if elected, he will push for Vancouver to be included as a host city for the 2026 FIFA World Cup.

In a recent interview with Daily Hive, Sim said he would be “fighting” to bring the event to the city.

“We should have the World Cup here and as mayor, I’m going to be fighting for that – it’s not over,” he said.

Sim brought it up again in Daily Hive’s mayoral debate on October 10.

“World Cup is not dead,” said Sim. “As mayor of Vancouver, we are going to fight to get World Cup. And we can negotiate with Edmonton, Montreal, and Toronto and figure things out and go for it.”

Sim also said that a “business approach” is needed in terms of how the city treats big events.

“If we actually support these events, guess what, it can generate a lot of economic activity,” he said.

In June 2018, the FIFA Congress announced that Canada, along with the United States and Mexico, will co-host the 2026 World Cup.

However, Vancouver was not included as one of the Canadian host cities as the BC provincial government made a decision in March to pull the city’s bid out of the running when it found disagreement with the requirements FIFA had placed. The city would be required to write a “blank cheque,” as premier John Horgan said famously.

Whoever becomes the next mayor of Vancouver won’t actually have the power to bring the World Cup to town, but they will have the ability to apply pressure – something current mayor, Gregor Robertson has already tried to do. The City of Vancouver said it was “extremely disappointed” that the city’s bid to be a World Cup host city was not being considered.

While Canada, the United States, and Mexico are sharing the tournament, the countries will not be equal partners.

With files from Eric Zimmer, Rob Williams, and Kenneth Chan.