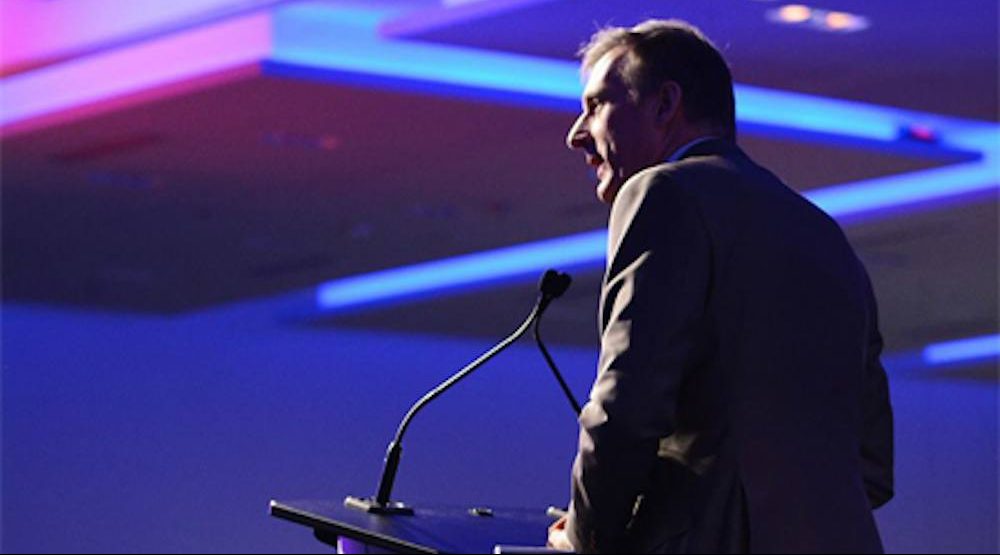 People’s Party of Canada Leader Maxime Bernier began a speech in Surrey with protesters yelling “PPC, shut it down!” outside a hotel ballroom where he was speaking.

Security officers barred a door before about a dozen protesters dispersed, some with signs in support of immigrants and refugees.

Much of Bernier’s speech at a Surrey Board of Trade event focused on his proposed immigration policies, which he said require a “discussion” in Canada.

Bernier said he would slash immigration numbers nearly in half to about 150,000 people a year and 50% of those would have to be “economic” immigrants, such as skilled workers and entrepreneurs.

He said he wants especially to discuss immigration issues with NDP Leader Jagmeet Singh, at two leaders’ debates next month.

One of his supporters suggested Singh would label Bernier’s policies as racist as several people in agreement laughed. Surveys suggest many Canadians want fewer immigrants, he said.

Bernier said he’s against “mass immigration” but is not anti-immigrant and believes Canada should accept “real refugees,” not those trying to enter Quebec and other parts of the country without crossing official borders.

He says he’d like a fence erected in a part of Quebec where thousands of refugees have entered, with RCMP officers guarding it. He estimated 40% of the approximately 45,000 refugees who have crossed into Quebec from the United States in the last several years will have to be deported.

“It’s not me who’s saying that, it’s the Department of Immigration because they’re not real refugees,” he told members of the business community and the public at a Sheraton hotel.