The Whitecaps’ busy week continues as the Blue and White are set to play their third game in eight days. After a 3-0 victory against FC Dallas last Saturday and a 1-1 draw with Sporting KC on Wednesday at BC Place, the ‘Caps flew to the Big Apple to face New York City FC.

Carl Robinson made four changes to his lineup mid-week, most likely looking ahead to this tilt. Veterans and players returning from injury, like Pedro Morales and Christian Bolaños, were inserted in to the starting eleven to give them playing time that would allow them to rest this weekend and avoid the long trip to New York.

Similarly, players like Nicolas Mezquida, and Andrew Jacobson are expected to make a return as starters after having a week’s rest. It will be a special match for Jacobson, who spent last year as a member of NYCFC.

Another Whitecap looking forward to this game defender Tim Parker. As a New Yorker, Parker will make his first pro appearance in front of over 300 of his closest family and friends.

Carl Robinson will continue to be strategic about his player selections and lineup management in order to keep his roster fresh towards the end of the season. This is something that he has learned throughout his first two years at the helm.

New York City FC made a head coaching change after their first year of existence. They let Jason Kreis go, a proven winner and highly sought-after MLS coach, because of his inability to take his team to the playoffs in their expansion year.

In his place they brought in former French international and Arsenal legend, Patrick Vieira. The Frenchman is making his professional coaching debut with this New York team.

Things have not gone as planned. After an incredible 4-3 win on opening day against the Chicago Fire, NYCFC are now winless in their last seven matches. They currently sit third last in the Eastern Conference with seven points coming from one win, four draws and three losses.

Not exactly the kind of season the NYCFC brass expected considering the large investment incurred in bringing players like David Villa, Andrea Pirlo, and Frank Lampard. Albeit, Lampard has been sidelined by injury and is yet to make his season debut. 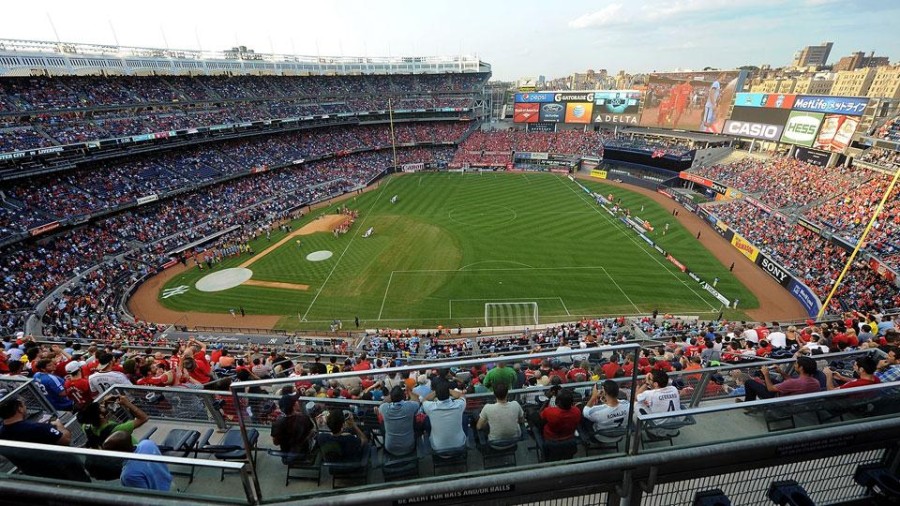 NYCFC currently play their home matches at Yankee Stadium. As iconic as the building is, it is far from the most conducive pitch to exhibit possession style football. At 100 yards long and 70 yards wide, it is the smallest field in MLS and the smallest dimensions allowed by FIFA regulations.

This kind of pitch reduces space and time when trying to play through the middle. The solution? Counter-attacking football. This plays right to the Whitecaps’ strengths.

It is a style that bore fruits in 2015 and, with speedy players like Kekuta Manneh and Cristian Techera on the flanks, the ‘Caps have good options going forward.

Once again, the Whitecaps are presented with an opportunity to travel to the East coast to face a low flying team.

With improved overall play over the last week, a pitch that plays to their strengths and a well-managed lineup, it seems like the Blue and White have the perfect opportunity to take full points. However, we know how a similar scenario turned out last time around.