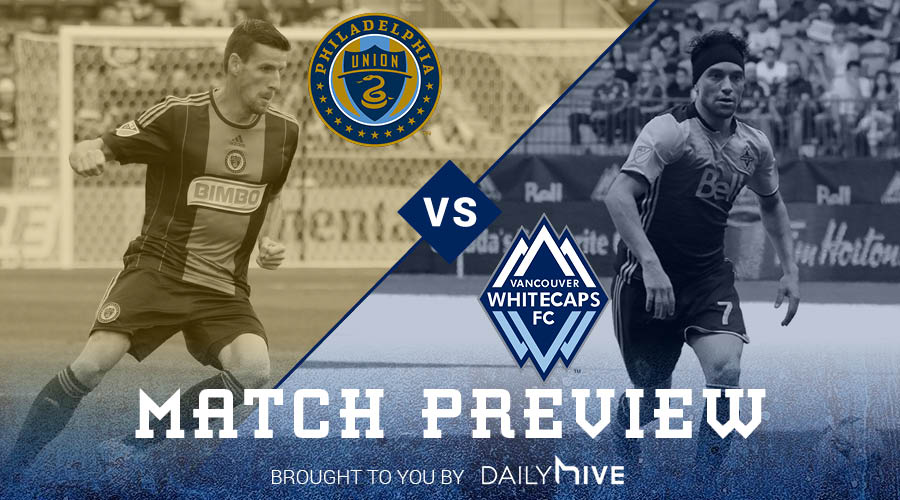 After their tussle with Toronto FC on Tuesday night, the Vancouver Whitecaps remained on the East coast in preparation to face off with Eastern Conference leaders, Philadelphia Union on Saturday.

The run of form

The ‘Caps are winless in their last four outings and they have lost three of those matches. More importantly, despite the common perception that the Eastern Conference is weaker than the West, the Whitecaps are riding a two-game losing streak against Eastern opponents after losing to New England last weekend and TFC on Tuesday.

The Union, on the other hand, have experienced quite the turnaround in 2016. After being one of the worst teams in MLS last year, Jim Curtin and his group of men have put together a consistent season that has allowed them to climb the standings. The Union have lost only one game in their last ten matches.

Too many balls in the air

Head coach Carl Robinson will have to think long and hard about his starting XI against the Union. Key players, such as designated players Pedro Morales and Octavio Rivero, will be available for selection after serving their respective suspensions, however, both South Americans saw action on Tuesday in Toronto.

The Welsh tactician has one eye on this game but surely his mind is already formulating the best approach to field his best possible XI on Wednesday night as the Whitecaps get set to climb out of a 1-0 deficit against their Ontario foes and lift the Voyageurs Cup for the second year in a row.

Being in the Eastern Conference, Vancouver and Philadelphia do not face each other as often as some of their Western rivals. Since joining MLS, the ‘Caps and Union have tangled a total of six times and the Blue and White sport a record of 2 wins, 2 losses, and 2 draws. When playing in the city of Brotherly Love, the Whitecaps have been able to earn a draw and suffered two defeats.

The Whitecaps are heading into a stadium where they have struggled to get a good result, they are facing a strong and well-coached team that is riding on a high of confidence. This match may fly under the radar of interest but it will be a good test for this team’s resilience and mental fortitude in the midst of a busy schedule and negative results.