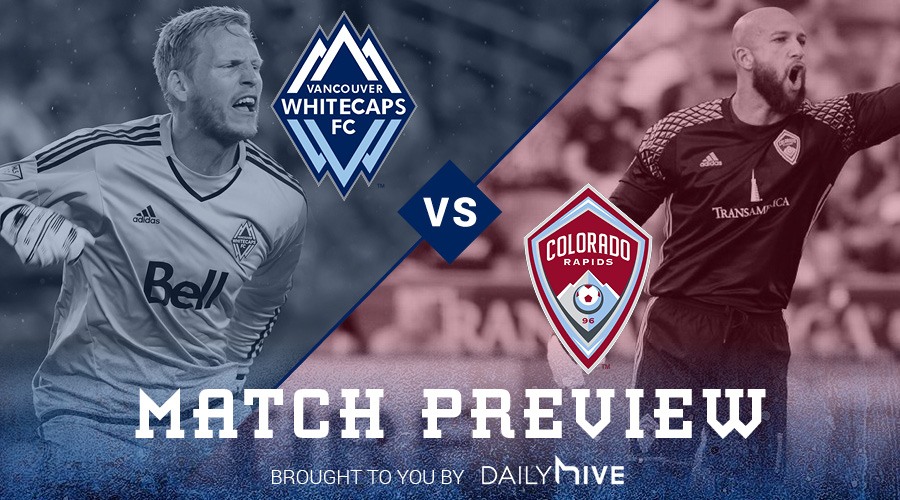 I really wish I could spend a few paragraphs basking in that headline, what with the geological/metaphorical double-meaning and all. Sadly, I can’t.

Instead, I have to descend into the depths of a not-very-good season’s death throes and find a way to cast an analytical eye over the Vancouver Whitecaps FC without wanting to bang my head into my desk repeatedly.

That 1-0 loss to the Seattle Sounders in Seattle marked a return to the Whitecaps’ inability to score. If you’re playing the home game, you may now mark your “consistency cited as major issue” square.

In Vancouver’s previous two games, they had little trouble scoring four of the five goals credited to the team. (One was an own goal.) Yes, the goals came against a Columbus team that has been hot garbage and a Sporting Kansas City team that sent out a B-side to see out CONCACAF Champions League.

Still, goals are goals. You score ’em (or the other team helps, in the case of own goals), they go on the scoreboard and you try to get another. Knowing what it takes to find the back of the net, even in theory, is where consistency builds from.

Which brings us to Seattle.

While head coach Carl Robinson has been optimistic to a fault in clinging to his team’s slim playoff hopes, Robbo has also not minced words about his team’s overall performance this season.

While no names were mentioned, it’s hard not to look at the remaining four games as anything other than one last evaluation of the existing talent before reshaping the team this offseason.

Some players have been less than subtle in their self-evaluations, with captain Pedro Morales’ blunt admission that this might be his last year in Vancouver being the obvious standout. Other players have simply not shown up on the field, which arguably speaks louder than any comment to the press.

When he's on form, there's no #VWFC player, and few in MLS, that pick out a perfect pass like Pedro Morales. Unfortunately not seen enough.

Where’s the Cristian Techera who previously tormented defenders with pace, service and finishing? Is there any World Cup-calibre play left in Christian Bolaños’ legs? Can Jordan Smith do anything at all to justify renewing his loan?

The four-game job interview to answer those questions begins now. Here’s hoping we aren’t too disappointed with the results.

Colorado’s backline was expected to crumble this season with the departure of league veteran Drew Moor. Moor knows a thing or two about keeping a solid defence together; check where Toronto FC are in the standings if you need proof.

However, instead of crumbling in the post-Moor era, the Rapids have built themselves into an even stronger defensive wall, guarded in the midfield by Sam Cronin and anchored along the back by Defender of the Year candidate Axel Sjöberg (see pronunciation above. No, seriously, that’s how you say it).

Vancouver is already very familiar with Sjöberg, not just as a tireless defensive presence but a capable target man.

One has to hope footage of that play was seared into the retinas of the players following the game. That kind of defensive napping in the waning seconds of the game simply cannot happen again.

If you’re not going to score goals, you have to at least prevent ones like that from happening.

1-0 Colorado. The Rapids have made their improbable run this season through an impregnable, stingy, frustrating defence. Home or away seems to make no difference; the Rapids will wall up and hit you on the counter, if they decide to hit you at all. Against the Whitecaps’ anemic offence and suspect defence, that spells trouble – boring, boring trouble.