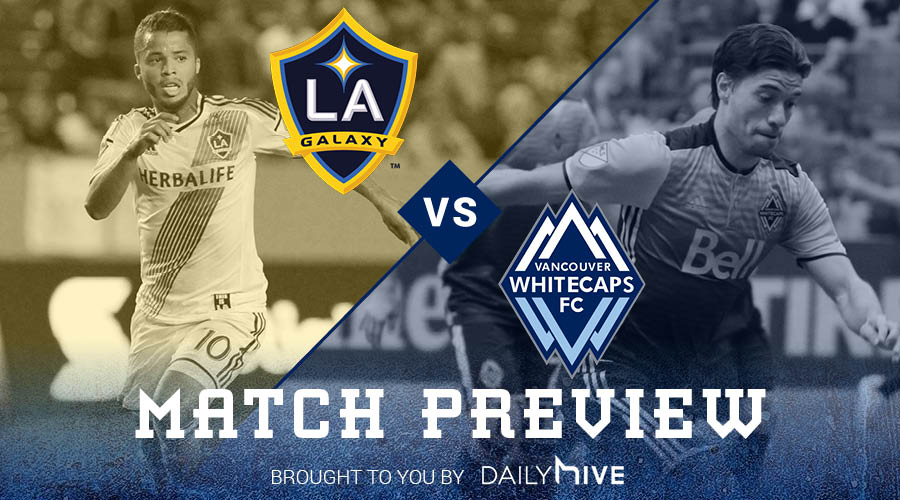 Well, that was new.

After finishing runner-up seven times in the Voyageurs Cup, the Vancouver Whitecaps picked a novel way to chalk up number eight: conceding an away goal on virtually the final kick of the game after an uncharacteristic blunder between their top defender and goalkeeper.

It’s frustrating, to be sure, not in the least because this Whitecaps team was a defensive stalwart in 2015. Sure, the goal-scoring dried up but overall the defence was capable, dependable, and a good bet for a clean sheet more often than not.

Now, here we are in 2016 and the goal-scoring is slightly better while the defence has fallen off a cliff. Is there any hope after a demoralizing Cup loss? Which Whitecaps squad will stand up and take to the field against the always difficult LA Galaxy?

I’m of three minds on the issue.

The optimist stands up

Blue skies, shining sun, bit of a breeze, our country is a year older… Isn’t life grand? There’s so much to enjoy about the real world. It’s a pity we couldn’t get the same enjoyment out of the sports world on Wednesday. Still, it was quite the match, wasn’t it?

From one goal down to one goal up, all while keeping things tight at the back (until the last thirty seconds, but we’re not dwelling on that nope nope nope), the Whitecaps of last Wednesday were, to my eyes, the Whitecaps that we saw more often than not in 2015.

If there’s any lesson to be taken from Wednesday, it’s to keep doing the things that overturned a two-goal deficit against a potent Toronto FC. The LA Galaxy are TFC’s more successful cousin when it comes to teambuilding philosophy, so many of the same rules apply.

Lock down the superstars. Don’t let their midfield dictate the tempo. Losing the wings equals losing the game. Make your chances count.

Heck, even the game against Philadelphia showed the Whitecaps are capable of being an offensive threat, DP-level striker or not (although I would kill for a DP-level striker that was more poacher than set-up man so we don’t waste his talents in the current setup, but we’re not dwelling on that nope nope nope).

Defeating LA is not foreign to these Whitecaps. They can, and should, do so.

The pessimist stands up

You could see it on the faces of the players brave enough to face the media after the loss. They were crushed, shocked, disappointed, depressed and all the other words that describe a metaphorical junk-kick like Will Johnson’s stoppage time winner.

In the face of all that anguish, there are actual pundits out there suggesting this is a rallying point for the ‘Caps. A rallying point! Ha! Self-inflicted wounds are not something one uses to inspire confidence. Had it been a bad refereeing decision or dirty foul or some other such injustice that one could pin on another team, sure, rally to that.

This? This is bad. The Whitecaps’ issues with consistency have been well documented. Kendall Waston’s nightmare season is still something I can scarcely believe, MLS Disciplinary Committee shenanigans or not. Matias Laba hasn’t been the same since becoming a father. All signs point to the end of Octavio Rivero in blue and white. One again: this is bad.

The LA Galaxy are playing their traditional long-game, with a mediocre-to-bad start usually followed by a run of form that wins them MLS Cup. Historically, that run of form has started right around now.

FOR TOTAL ASSISTS, THE GALAXY ARE THIRD IN MLS WITH 26. THE WHITECAPS ARE SECOND-LAST WITH 14.

VANCOUVER’S DAVID OUSTED IS THE LEAGUE LEADER IN SHOTS FACED (93) AND SAVED (62). OUSTED (29) IS SECOND TO NYCFC’S JOSH SAUNDERS (31) FOR MOST GOALS CONCEDED.

Vancouver have the same capacity to go on the road and get a draw with their counter-attacking style as they did last year. What needs to change is their over-reliance on top-tier goalkeeping.

As much as knowing Ousted’s got your back must give the defenders confidence, I can’t help but wonder if it’s made them complacent. A sharper back line with better communication should solve the most pressing issues on this team, though the system shock of the Toronto loss will likely take a match or two to process.