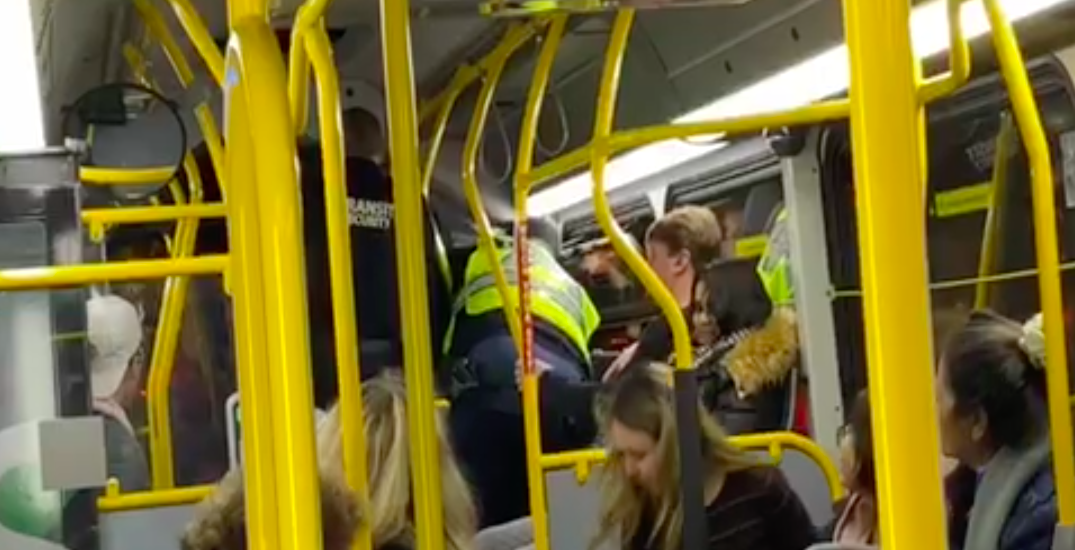 A man became violent on the 99 B-Line Thursday evening while police officers tried to escort him off the bus for allegedly exposing himself to a female passenger.

The man allegedly hit a Vancouver Police Department officer in the face and tried to grab his gun, according to a police news release.

In a video from inside the bus taken by witness Edison Wrzosek, someone can be heard yelling, “Get off my weapon.”

The man didn’t manage to grab the gun, but he did remove the officer’s baton, according to police.

Wrzosek said the violent man boarded the eastbound bus at the MacDonald Street stop, and once seated at the back, he began talking to a woman sitting opposite him.

“It wasn’t a pretty picture,” Wrzosek said of the experience.

The bus pulled over at Heather Street around 6 pm, when officers boarded to try and remove the man.

Wrzosek added he thought police should have told other passengers to disembark before trying to remove the man. In Wrzosek’s video, startled passengers can be seen moving toward the doors as officers struggle to subdue him.