It was a battle of east coast versus west coast home cooks on the finale of CTV’s MasterChef Canada, with the title and prize going to Surrey, British Columbia’s David Jorge.

Throughout the exciting second season of”MasterChef Canada” Jorge rose to the top, shocking even himself with his wins in a variety of challenges that found the concrete contractor even acing cakes. Pelletier, a military vet, was a dark horse competitor, known for her tough and vocal personality and high heels.

In the finale, Pelletier cooked up an appetizer course of lobster and foie gras surf and turf, a butter-basted elk tenderloin entree, and a dessert cheese plate with chocolate-olive bread and pistachio brittle. But she was out-cooked by Jorge, who served up a sweetbreads and tomatoes starter, a wild boar belly with geoduck clams main, and lemon curd parfait dessert. 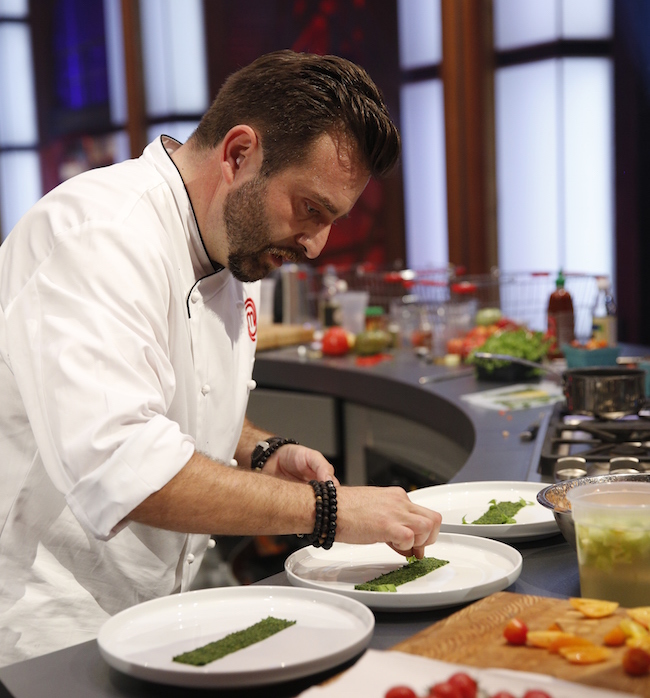 “I am honoured to be named Canada’s next MasterChef, as there were so many worthy home cooks in the kitchen this season,” said David Jorge in a new release following the airing of his victory.

So what’s next for Jorge–one of a handful of British Columbians to vie for the title and $100,000 grand prize in the show’s sophomore Canadian season–now that he’s got the win and the bucks?

“It has been my life-long dream to open a restaurant, and now I can make it a reality – all thanks to the support of my family and friends,” said Jorge.

As for “MasterChef Canada,” there will be a third serving; production on season 3 starts this fall in Toronto, and is now accepting applications.