Ever imagine what Vancouver of the future would look like? According to the video game Mass Effect 3, If we fast forward 176  years modern day Vancouver stretches all the way to Seattle and also includes part of Vancouver island. It’s inhabited by large towers and plays a vital role in humankind’s survival as apocalypse nears. It also looks like the Canada Place sails stood the test of time. You can recognize a few buildings in the screen shots but most have been updated.

If you don’t play the game, the following blurb will make little sense to you:

We were informed this scene occurs shortly after Commander Shepherd returns to Earth to face trial for his actions in Mass Effect 3, (implying that Vancouver is a major Alliance city). We’ll obviously know more once the game is released, but it appeared to us as though Vancouver and Seattle have grown into a single city, and Vancouver has spread across the strait from British Columbia to Vancouver island. The Coast Mountain range is visible in the distance, and Vancouver’s distinctive architecture is apparent, if futurified. And it was gorgeous. Which contrasted nicely with the bleak setting of Mass Effect, fully established by the dozens of Reapers descending on the burning city in the final invasion of Earth.

Mass Effect 3 is made by Bioware, a video game studio based out of Edmonton. The future depicts a Vancouver where view cones are eliminated . It also looks like the North Shore has also finally gotten rid of all the NIMBY’s and large towers have taken over the Lonsdale Quay. No word yet if the city is overrun by bike lanes. 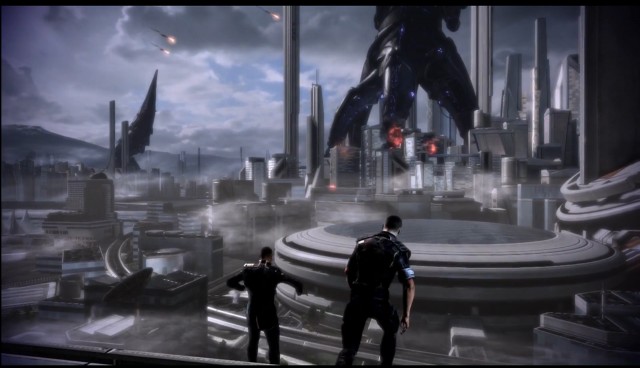 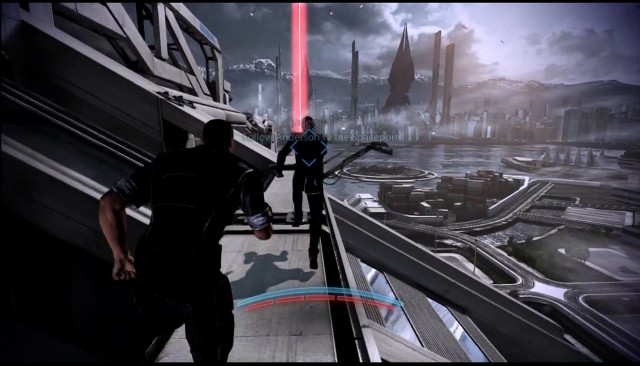 The news of the game partially taking place in a Vancouver/Seattle mega city isn’t new news, however the screenshots are, hence the publication. Alas, the question still remains, why would the reapers attack  Vancouver? Did the Canucks lose another Stanley Cup?

Also cool that Jessica Chobot is in the game. Now maybe get the new gal, Naomi Kyle in the next one?