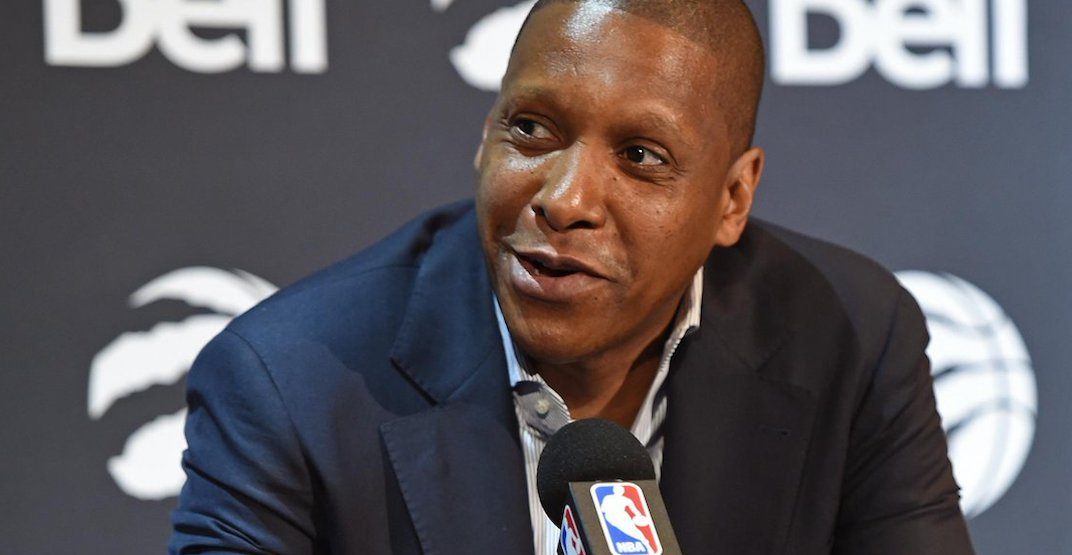 While it’s still up in the air if Kawhi Leonard will re-sign with the Toronto Raptors, one thing we know for certain is the team’s president, Masai Ujiri, isn’t going anywhere.

At a season-ending news conference on Tuesday, Ujiri confirmed his future with the Raptors and that he’s staying in Toronto, something fans can find comfort in considering the Washington Wizards organization was preparing to offer him a “lucrative deal” earlier this month.

The unprecedented deal with the Wizards would reportedly pay him $10 million per year and includes an opportunity for ownership equity in the team.

“Yes. For me, it’s always been about Toronto. I love it here,” said Ujiri.

“For me, it’s always been about Toronto.”@Raptors president Masai Ujiri says he’s happy in the city. pic.twitter.com/oXlHn5McWu

Hot off the heels of the Raptors winning their first-ever NBA Championship in franchise history, Ujiri says he wants “to win more.”

He also added that while there are teams interested in him, the real blessing for him is being wanted here in Toronto and finding a place that makes him happy and challenges him.

“This place has made me grow as a person and I identify with this place. I love it,” said Ujiri.

Now that Raptors fans can breathe a sigh of relief knowing that Ujiri is staying, they just have to wait until June 30, when the free agent negotiating period opens, to find out the fate of Kawhi Leonard.