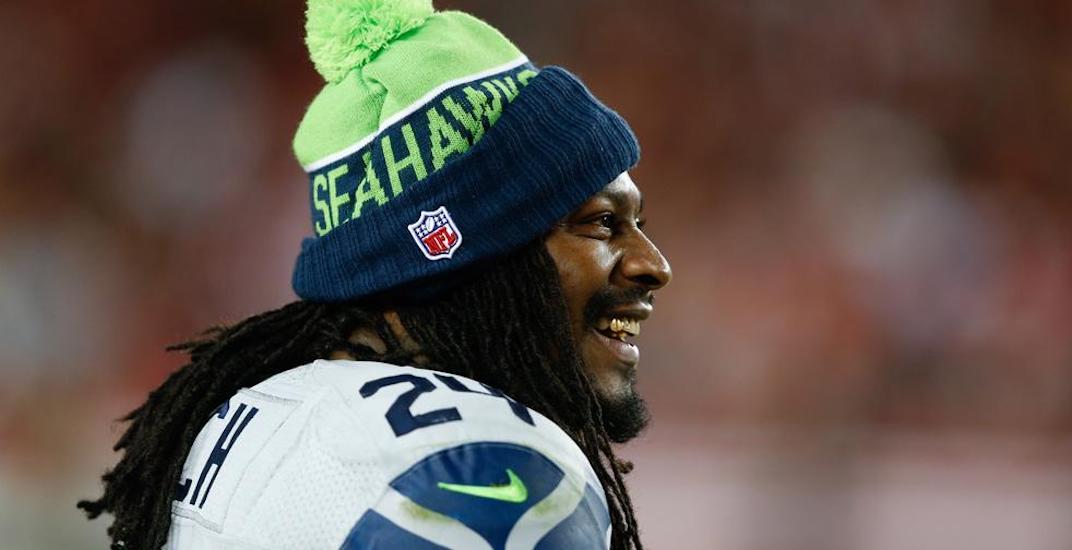 Marshawn Lynch is officially back and will suit up for the Seahawks in the regular season finale against the San Francisco 49ers on Sunday night, according to multiple reports.

Beastmode officially is back in Seattle. Marshawn Lynch and the Seahawks have an agreement, and Seattle has a new RB to line up against SF during Sunday night’s NFC-West-deciding showdown.

New #Seahawks RB Marshawn Lynch passed a physical, signed a deal, and is in position to play this week in a huge game on Sunday night. That should spice it up a bit.

The contract, signed just two days after starting running back Chris Carson suffered a season-ending injury, is for the remainder of this season and the playoffs. The Seahawks were paper thin at running back, as CJ Prosise and Rashaad Penny are also lost for the season.

“The circumstances rolled just at this time, and he could have four or five games left in him, maybe that’s what we need,” said Seahawks head coach Pete Carroll.

Lynch, 33, hasn’t played a game in over a year and was thought to be retired — though he never officially filed his retirement papers. ‘Beastmode’ appeared in just six games for the Raiders in 2018, running for 376 yards and three touchdowns on 90 carries. He played six seasons in Seattle between 2010-2015, helping them win Super Bowl XLVIII.

He may not still be the same dominant player Seahawks remember, but the team is hoping he has enough gas left in the tank for four or five games. If he does that, this could be a very special (and improbable) end to his NFL career.