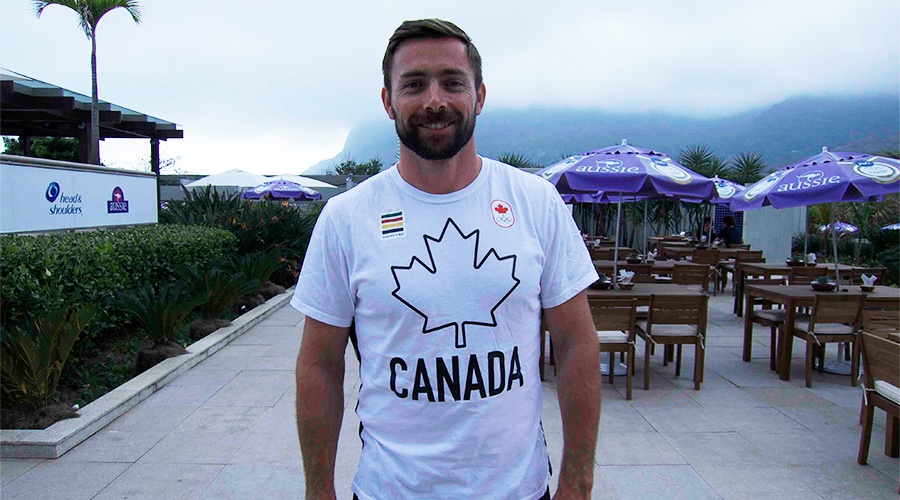 It was a disappointing Olympics for Mark Oldershaw, who came short of reaching the finals in both the men’s single 200-metre canoe race, as well as the C1-1000, an event he won a bronze medal in at London 2012.

Now 33 years-old and having just finished his third Olympics, he’s going to decide whether he is willing to extend his Olympic career for a fourth push at Tokyo 2020.

“I’m not sure, I promised I wouldn’t make a final decision before the Olympics but now I need to go home with family and make that decision,” Mark told Daily Hive in Rio. “I don’t know if I’ll last another four years, but I don’t think I need to retire the day after the Olympics so I think I’m just gonna take it slowly and feel where my body and mind is at once I get home.”

Mark is a third-generation Olympian, the fifth member of the family to compete at the Games, and the first member of his family to win a medal at the Olympics. His grandfather began the tradition in 1958 when he founded the Mississauga Canoe Club after competing at the Games three times.

“It’s pretty special to be a third generation Olympian,” he said. “I looked up to my grandfather and uncles while I was growing up. I always wanted to compete in the Games and to make that a reality was pretty special.”

Both of his parents are coaches at a community club, which Mark spent a lot of time at. He eventually jumped into a boat and love paddling, and by the age of nine he raced for the first time.

“Never in my thoughts did I want him to be an Olympian,” said Connie-Lee, his mom. “I just let him go where he wants to go, let him do what he wanted to do – in whatever sport he could, and he just ended up in the Olympics.”

Mark says he is going to carry on the same mantra with his baby, now just over a year old, with his partner Annamay Pierse, a former Canadian competitive swimmer.

“I’m going to try to do as much as she can while she’s young and try as many different things as she can, sports-wise and everything else in life, school and arts and everything like that,” he explained. “I think with two Olympian parents, I definitely don’t want to pressure her too much and make her feel like she has to follow in our footsteps. But if she chooses to, I’ll support her.”

The journey to the Olympics was far from smooth for Mark after he was diagnosed with a benign tumour on his right hand, which he uses for paddling. The removal process necessitated two surgeries, and in the process a nerve was damaged and it caused him chronic pain. In consequence, he was not able to qualify for Athens 2004 and delayed his first Olympic appearance to Beijing 2008.

“I didn’t qualify for the 2004 Games and questioned if I could ever get to the Olympics, but luckily toughed my way through it and got it taken care of with sport, family and friends to where I wanted it to be,” he said.

Mark joins a number of prominent Canadian Olympians in being a member of Proctor & Gamble’s (P&G) ‘Thank You Mom’ campaign. One of the many benefits for athletes and their families includes access to the P&G Family Home – a space in the Olympic host city that acts as a gathering space for all families of athletes that are a part of the campaign. Family members and athletes have access to free meals and services such as laundry, hair styling and makeovers, and nail treatments.

“It makes it more comfortable,” said Connie-Lee. “And no panic of not having something you need, so it’s much more relaxed feeling that way.”

The P&G Family Home began as an exclusive space for United States athletes at the Vancouver 2010 Games, and it was later expanded as a worldwide space for the London 2012 and Sochi 2014 Games.

As for any advice for young Canadians who want to compete for their country at the Olympics someday, Connie-Lee said fun was a key element.

“If you’re not having fun, then you’re not doing the right things,” she said. “So you’ve got to enjoy it every single day. Hard work, easy work, whatever… it has to be fun.”

Mark also provided some thoughts: “I think the thing about the Olympics and getting to the Olympics is that it’s something I have to do every day. You have to take yourself professionally every single day, and you know the Olympics come every four years but they’re over just like that. But it’s the day-in, day-outs, commitment to getting there that’s going to make a difference.”