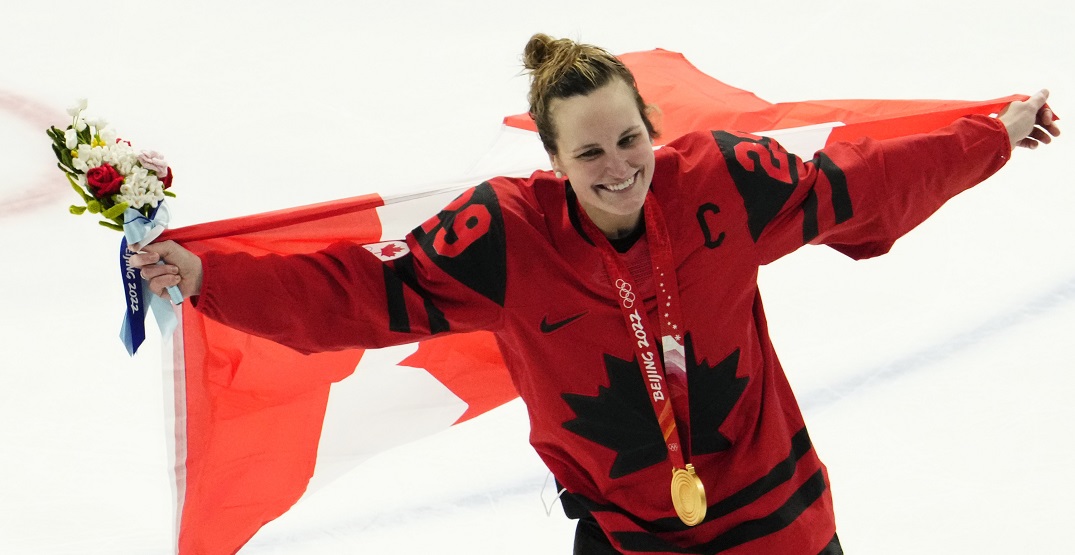 Currently, she’s been vacationing in Cabo, Mexico, with a dozen of her teammates on a trip they planned prior to the Games.

“Obviously, being able to win that and celebrate that gold medal made [the vacation] even more special,” said Poulin in an interview with Daily Hive. “I already have the itch to go back and train, but I’m just letting myself relax a little bit more.”

Since breaking onto the scene with a pair of gold medals in Vancouver’s 2010 gold medal game as an 18-year-old, Poulin has scored in four straight Olympic finals, earning the “Captain Clutch” moniker while wearing the “C” for Canada since the 2015 World Championships.

In the gold medal game at the Beijing 2022 Winter Olympics, Poulin added to her impressive legacy with her record sixth and seventh goals in an Olympic final, en route to a 3-2 Canadian win over archrival USA.

“It was a great feeling to bring [a gold medal] back to Canada,” she added.

Poulin scored in the second period in the 2018 Olympic final but was stopped in the eventual shootout, giving the Americans a 3-2 win for the country’s first gold medal in women’s hockey since 1998.

With Poulin injured for most of the tournament, Canada then finished with a bronze medal at the 2019 world championships after losing to Finland in the semifinal, the only time in the event’s history where Canada failed to make the championship game.

With the USA’s 2018 Olympic gold combined with their wins at the 2015, 2016, and 2017 World Championships, Canada had failed to win gold in five straight major women’s tournaments.

Following the cancellation of the 2020 World Championships and the last-minute postponement of the 2021 tournament, it had been seven years since Poulin had the chance to celebrate an international gold medal.

But Canada returned on the international scene last fall with a victory in overtime over the USA in the rescheduled world championship last summer, with none other than Poulin scoring the game-winning goal once again.

Poulin said the journey over the last few years taught her multiple lessons about leadership.

“You learn in a way that it’s okay to lean on people,” Poulin said. “It was really open dialogue and communication from the top down to the bottom [that led us to our last two championships].”

After attending Boston University, Poulin spent four seasons of her professional career with the Montréal Canadiennes organization of the CWHL before the league folded in 2019.

In the aftermath of the CWHL’s dissolution, Poulin joined the Professional Women’s Hockey Players Association (PWHPA), a player-led circuit competing across North America with the intent to establish a women’s pro league.

“There’s no reason why all the best hockey players [can’t be in] same association where we want to grow the game,” Poulin said.

The only currently existing pro league for women’s hockey in North America is the Premier Hockey Federation, formerly known as the National Women’s Hockey League. But Poulin and many other top stars have opted to stay in the PWPHA as a stopgap to a new league.

Expect a new women’s pro hockey league to begin play later this year. PWHPA-led league will feature Olympians + other top players. Major brands/networks are partnering, and there will be strong support from select NHL teams. Exciting time for the game…

“It’s gonna happen; we believe in that,” Poulin added about a new league, though she did not confirm a timeframe, with the interview being conducted prior to Botta’s report. “For us, we’ve just got to keep being advocates towards our sport, being able to share it either on social media or face-to-face and being okay to talk about it and have more people involved, the right people involved. We believe in it, and we’re going to keep battling for it to happen.”

Poulin says she finds the advocacy for the growth of her sport a significant part of being a role model.

“I think that’s something that all of us [players] individually, we take some pride into it,” Poulin said. “We all know it’s not easy. We have to battle; we have to make it through. A lot of us played with guys until we were a bit older. We always have to fight for that place, fight for a spot, and I think that’s the reality of it, sadly.” 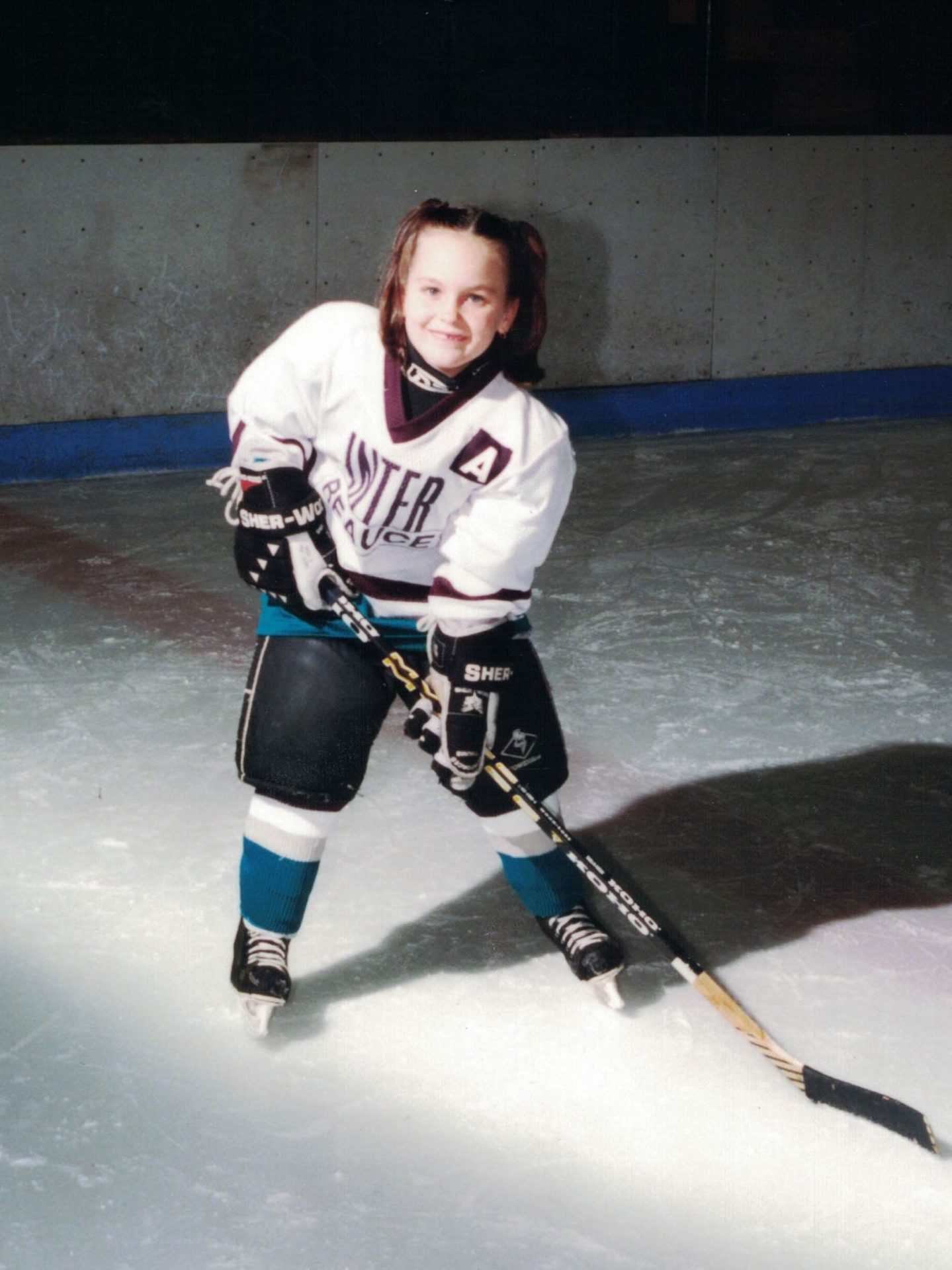 One of Poulin’s initiatives to help grassroots hockey development has been Kraft Hockeyville, which is currently seeking nominations for local arenas across the to host an NHL preseason game while receiving $250,000 in renovations for their rink.

“You see [with boys’ youth hockey] how many leagues there are and how many teams there are, how many opportunities to play hockey. That should be the same for little girls,” Poulin said.

Applications for this year’s campaign are open until April 3 and can be accessed at krafthockeyville.ca.

Poulin shouted out her community rink in Beauceville, Quebec, as the catalyst for her love for hockey.

“To me, it all started with my community, my family back home,” Poulin said. “That community hockey together brings everybody together, and that’s what Kraft Hockeyville is all about.”