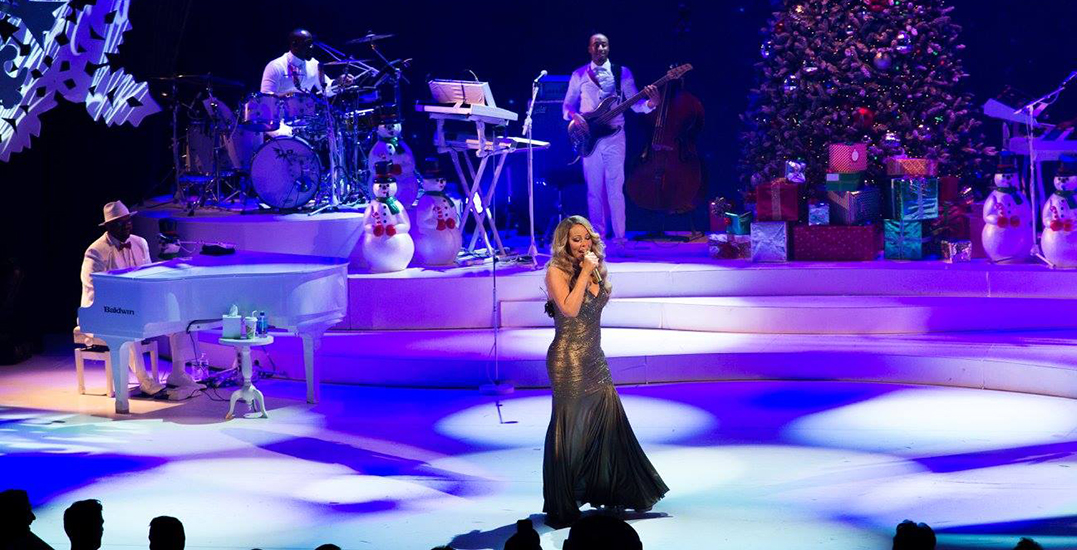 Mariah Carey performs during a Christmas performance in 2015 (Mariah Carey/Facebook).

Less than 24 hours have passed since Halloween night, and American singer and songwriter Mariah Carey has already declared it’s time for Christmas.

Actually, scratch that. She didn’t even wait for Halloween to pass.

On Sunday night, Carey took to social media to share a video that went from chilling to Christmas, taking a candy-cane-coloured baseball bat to an unsuspecting pumpkin.

The Queen of Christmas can then be seen surrounded by decorations, gifts, and throwing confetti. November 5 is also teased during the 28-second-clip.

“It’s time,” the video reads. “To smash that pumpkin and treat it as pie… cause we still gotta get through Thanksgiving.”

Whether Carey’s announcement was too early or right on time, social media was all for it.

Guinness World Records even declared it a “new record for the earliest celebration of Christmas.”

new record for the earliest celebration of Christmas

And besides, it’s not like we’re already counting down the days till Christmas (54)… right?