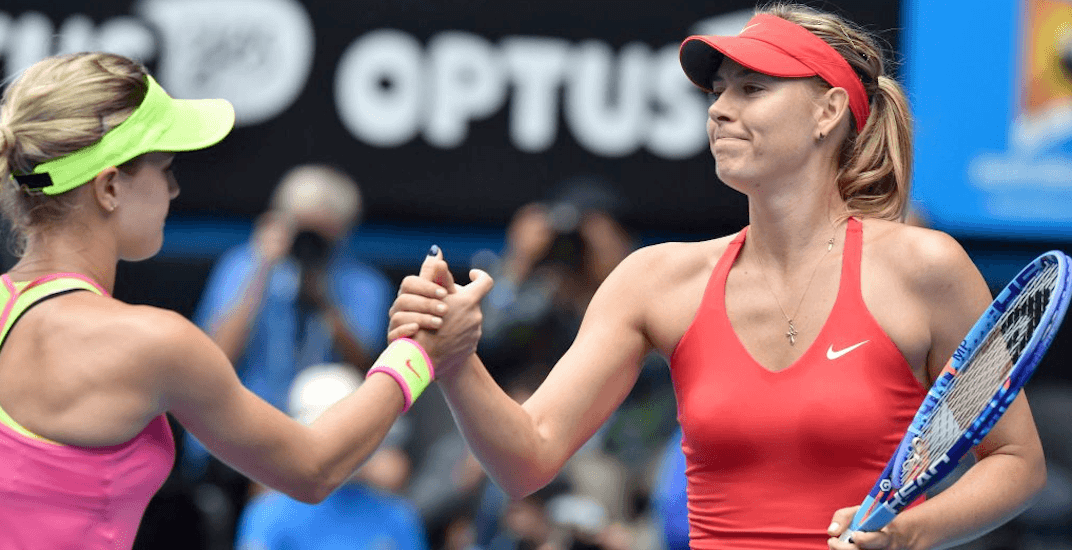 A few big names in tennis won’t be coming to Canada this year.

Tennis Canada announced on Thursday that Maria Sharapova will miss the Rogers Cup in Toronto, while Andy Murray and Marin Cilic have withdrawn from the Montreal tournament.

Sharapova was forced to withdraw from the WTA Bank of the West Classic in Stanford, California shortly before her second round match on Wednesday with a left forearm injury. That injury is also forcing the 30-year-old Russian out of the Toronto tournament that begins on Monday.

Sharapova, who returned to the WTA Tour in April after a 15-month ban for doping, originally received a wild card entry into the tournament – a move that was harshly criticized by Canadian Genie Bouchard at the time.

“I am so sorry to be missing Rogers Cup this year,” Sharapova said in a media release. “I am so appreciative to the tournament for the wild card and my fans in Toronto for their support. I am disappointed that injury is keeping me from the tennis court once again, and I will work as hard as I can to return to the game I love as soon as possible.”

Taking Sharapova’s place will be Bianca Andreescu, a 17-year-old player on the rise from Toronto. Andreescu joins Bouchard and Francoise Abanda as the lone Canadians in the main draw of the women’s tournament.

This year’s men’s tournament in Montreal will take place without the No. 1 and 6 players in the world, in Murray and Cilic.

Murray has an apparent hip injury he needs to heel, forcing him to skip the tournament. It’s the second consecutive year that Murray is skipping Canada, after competing in the Rogers Cup every year from 2006 to 2016.

“I am sad to be missing the tournament in Montreal because I have many great memories from my time in Canada,” Murray said. “I am doing everything I can to return as quickly as possible.”

With Murray out of the draw, Rafael Nadal and Roger Federer will move up as the top two seeds in the tournament.