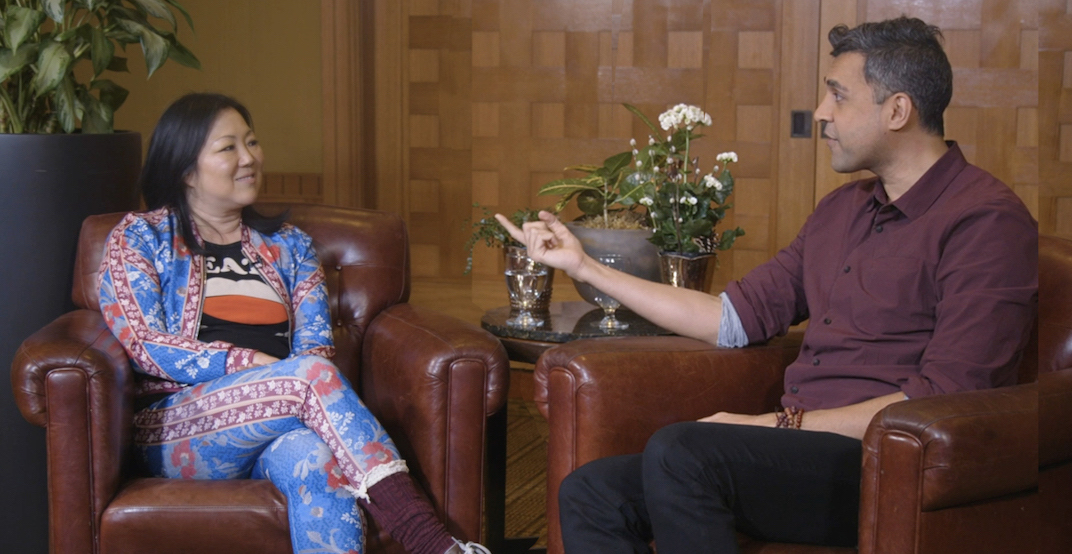 Margaret Cho is an award-winning comedian, who has been named one of the best stand-up comics of all time. With 12 comedy tours under her belt, Cho has become well known for her edgy comedy. Her latest tour, “Fresh Off the Bloat”, addresses issues like the current American political landscape, the #MeToo movement, and the presence of Asian-Americans in Hollywood.

Cho sat down with us to discuss America’s complacency after the Obama era, and why she loves performing for LGBT audiences.

Or watch it here:

As an Asian-American and an outspoken member of the LGBTQ community, Margaret Cho hasn’t always felt well-represented in the media. She is delighted to see that things are starting to change, noting that the increase in “queer people of colour” on TV helps everyone feel “visible”.

Cho notes that she thinks it is an important time for people to be vocal about their opinions, especially in this new, social-media-driven climate.

“We should be talking,” she says. “We should always be expressing ourselves, talking about our experiences, fighting for our rights.”

In this interview, Margaret shares what she learned from Joan Rivers about comedy, how to customize your creative process, and why it’s okay to share your rage on social media.

This episode was made possible with the support of The Whistler Pride & Ski Festival. Find information and tickets to next year’s event here.