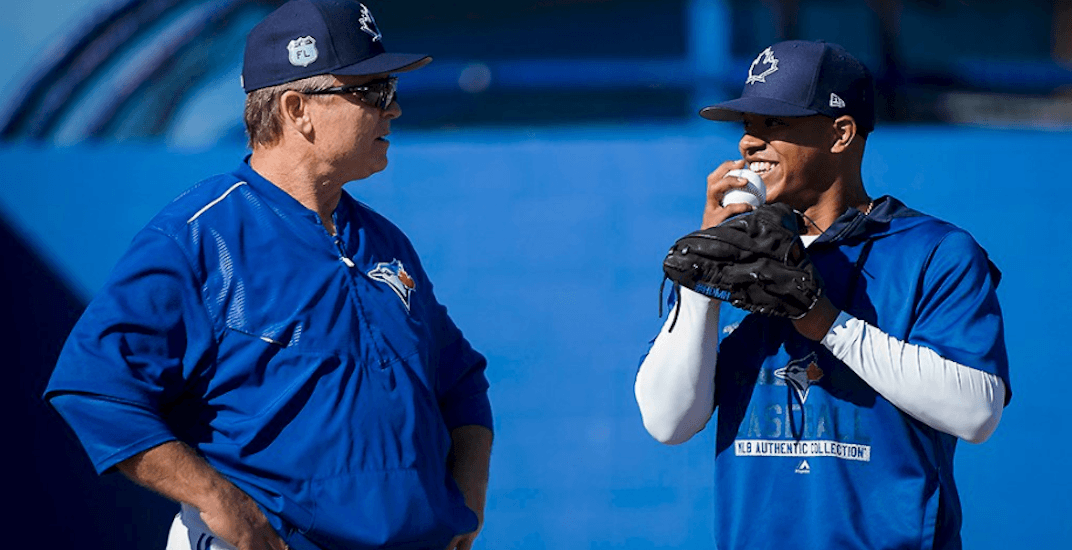 The right-hander was one of the few bright spots in an otherwise disappointing season for the Blue Jays. He compiled a 13-9 record, with a 3.09 ERA, 1.31 WHIP, and 164 strikeouts.

But of course, Stroman helps his team beyond his pitching.

In 201 innings pitched, he had a .979 fielding percentage, making just one error.

He also helped his team offensively season, finishing with a .286 batting average – albeit in just seven at-bats.

So what’s his secret? Practice, duh.

Stroman says he takes at least 50 ground balls between each start, getting help from teammates Ryan Goins and Troy Tulowitzki.

Shout to @rgoins17 and #2Lo for letting me always work in on their pregame routine. I take at least 50 groundballs between every start!

Stroman is the first Blue Jays player to win a Gold Glove since R.A. Dickey won in 2013.

Centre fielder Kevin Pillar was also nominated for a Gold Glove for a third straight season, but was beat out by Minnesota’s Byron Buxton.