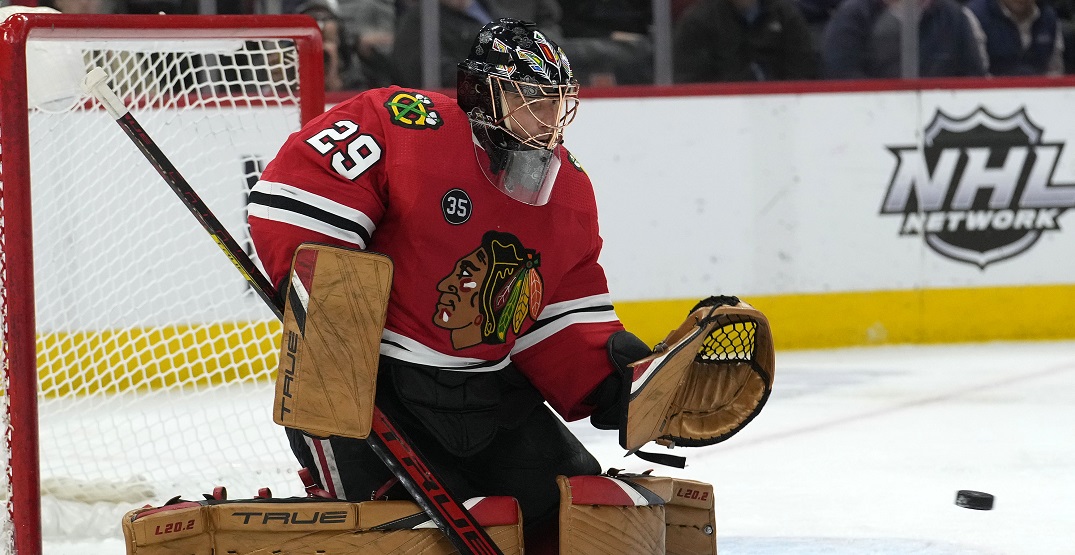 Marc-Andre Fleury is the first big name to get moved on NHL trade deadline day.

On Monday, multiple reports stated that Fleury was sent in a trade to the Minnesota Wild from the Chicago Blackhawks in exchange for a conditional draft pick.

The pick is a second-round pick with the potential to turn into a first-round pick for Chicago.

The conditions are the pick is expected to be based on playoff performance, based on a report from DailyFaceoff’s Frank Seravalli.

The Wild later confirmed the trade, as well as the conditions of the deal.

“In the event Minnesota advances to the Western Conference Final and Marc-Andre Fleury is the winning goalie of record in a minimum of four games in the first and second rounds combined, Chicago will receive Minnesota’s first-round selection in the 2022 NHL Draft,” The Wild wrote in a release. “In the event both conditions are not satisfied, Chicago will receive Minnesota’s second-round selection in the 2022 NHL Draft.”

The Wild has been using Kaapo Kahkonen and Cam Talbot as their duo this season, with the pair putting up a .910 and a .907 save percentage in 25 and 38 games played respectively.

Chicago will also be retaining 50% of Fleury’s salary, according to multiple reports.

After winning the Vezina Trophy as the NHL’s best goalie last season, Fleury was sent from the Vegas Golden Knights to Chicago last offseason.

The Wild is slated to be the fourth NHL team of Fleury’s career.