Translink has experienced a significant increase in developments, subsequently communities are densifying especially the ones that are transit oriented.  Look for the map link below.

Vancouver ranks third in Canada for population-centre density, and according to Statistics Canada in 2011, the population density reached approximately 2.1 million.  There are many phenomena that result from a growing population density – Commercial growth is one of which Translink is simply pointing out. 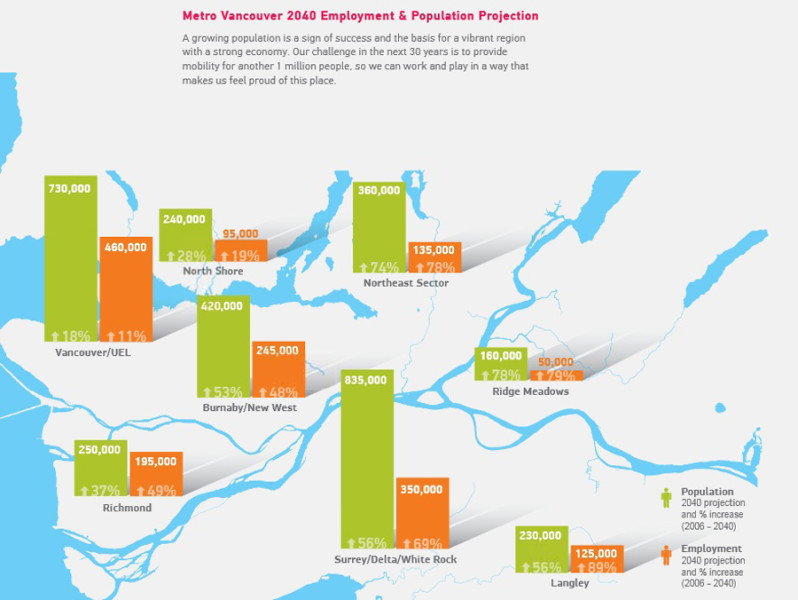 A growing population is a sign of success and the basis for a vibrant region with a strong economy.  Our challenge in the next 30 years is to provide mobility for another 1 million people.

Between the years of 2006 to 2040, it is expected that the population of Vancouver will increase by 18 percent.  Proportionally, the people employed within the city centre is expected to increase by 11%.  The concentration of the economic growth that is already underway, expressed by Translink, happens around transit hubs. 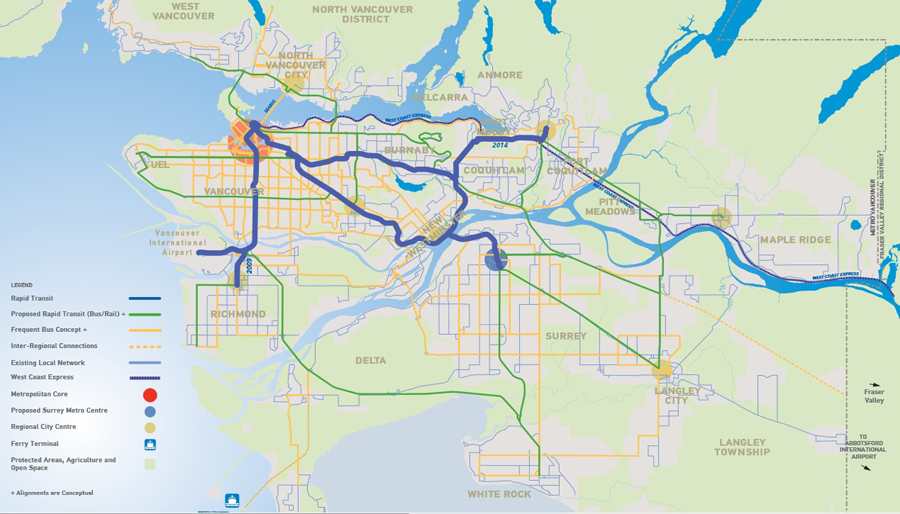 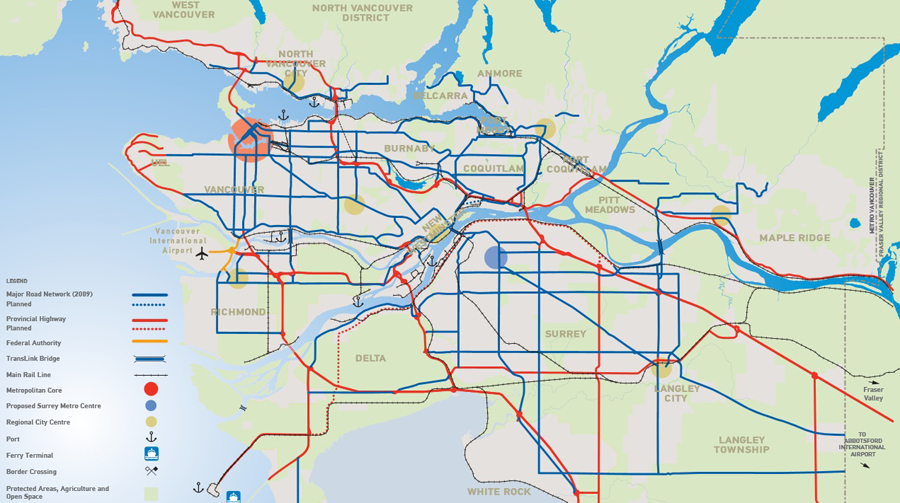 How does this affect Vancouverites and their communities you might ask?

Already, many more developers are opting to tag-team with Translink to implement their Tranist-oriented communities.  Essentially in practice, this means concentrating higher density, mixed-use, adding pedestrian walk ways, and integrating transit hubs to urban developments.  This includes funding and improving the SkyTrain system.  The ideal product of such planning is to discourage unnecessary driving within the city core, and diminish traffic along major corridors.

There is a flip-side to the formula, a further reliance on the powers above could signify over-development in the years to come.  Creating more of what is seen today, such as the crowding of podium towers, integration of new elements in communities that have already flourished, or too much dependence on the SkyTrain itself.

The Current and Expected Developments tag teamed by developers and Translink 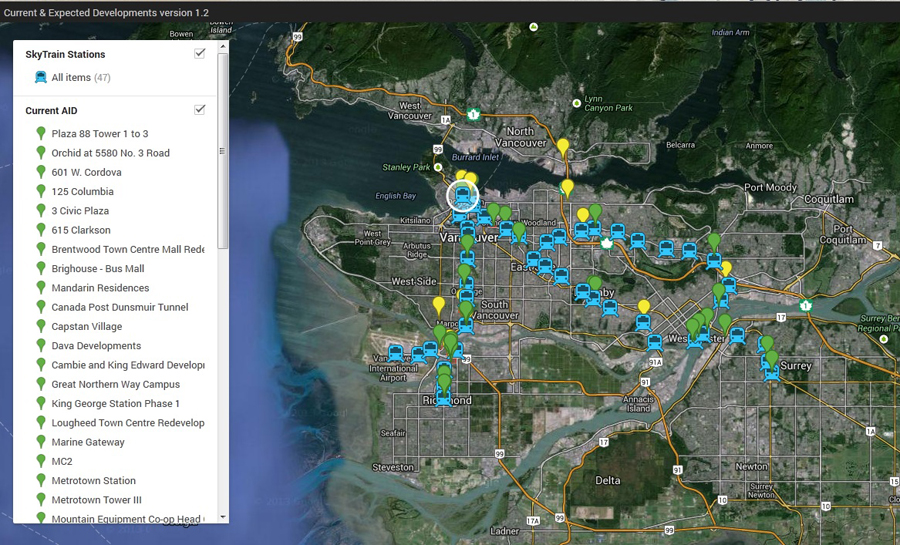 Translink has released the current and expected developments in map format.  The tool lends itself to providing a direct knowledge of the projects in the coming years.