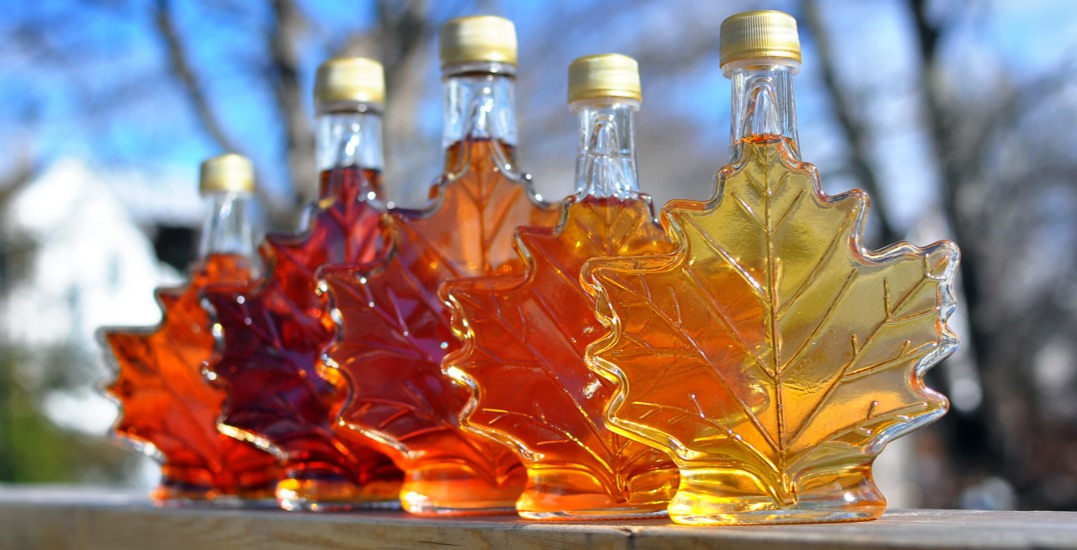 A horrendous crime against all things Canadian was committed on Wednesday morning.

A cargo trailer containing $20,000 worth of maple syrup was stolen from Chestermere, Alberta in the early hours of November 28, though the Royal Canadian Mounted Police managed to locate the trailer by 9 am while on a rural patrol in Nanton.

When officers approached the truck the driver fled the scene and jumped into a nearby silver car, according to a release from Nanton RCMP.

The car took off and managed to shake off pursuing officers, though was eventually tracked down nearly 75 km away near Black Diamond, Alberta — just south of Calgary.

RCMP officers brought the car to a stop, leading to the arrest of two women and one man, all from Alberta.

The release states that the value of the stolen items is approximately $110,000 all told, with $20,000 worth of maple syrup included in the recovered goods.

20-year old Shelby Kalman of Claresholm, 28-year old Shawn Mclaughlin of Lyalta, and 23-year-old Char-lee Fernell of High River have arrested been charged on multiple counts following the incident, including possession of stolen property over $5,000, possession of a controlled substance, and operating a motor vehicle while being pursued.

Kalman and Fernell will appear in Lethbridge Provincial Court on December 3, while Mclaughlin’s court date is set for November 30.