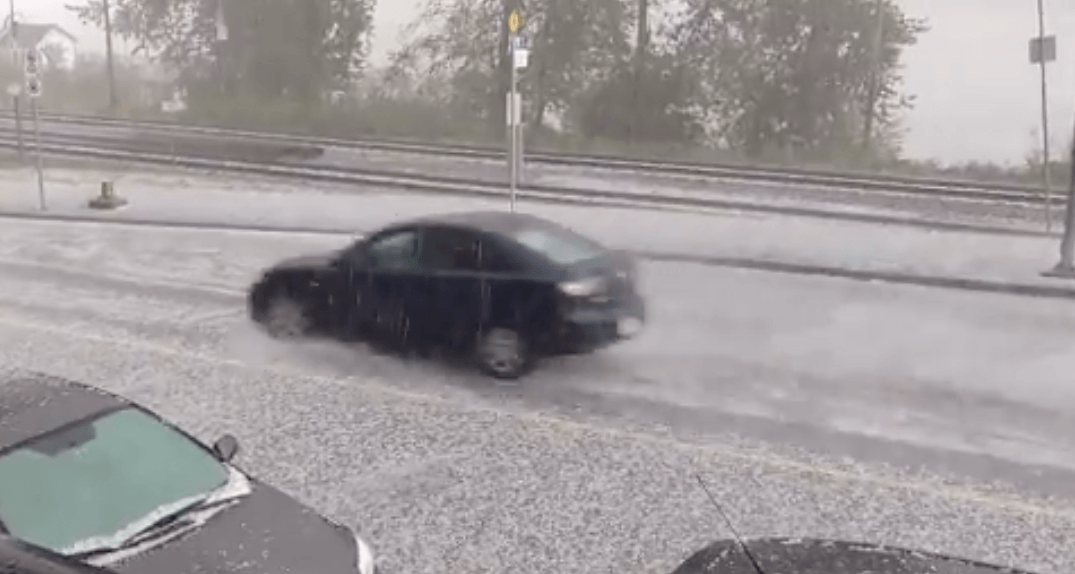 After Environment Canada issued a severe thunderstorm warning for numerous Fraser Valley communities this afternoon, it appears like the city of Maple Ridge is bearing the brunt of the storm.

Those in the city shared shots and videos on social media of heavy hail, that, in some places, turned the ground white, making it appear like a layer of snow.

This is the worst #storm I’ve ever seen here in the #fraservalley. Probably the scariest commute home through #mapleridge too. Be safe out there. pic.twitter.com/mxcORyMPaJ

Look at this hail in downtown Maple Ridge right now. WHAT IS THIS!?!?! @GlobalBC @CKNW #mapleridge pic.twitter.com/Xzfvl1k9Bo

We set a coffee cup outside for a minute and it filled halfway up with hail. Yikes! #bcstorm #mapleridge pic.twitter.com/FhPDZ5me9p

But the hail wasn’t the only weather issue plaguing the city this afternoon. There was also heavy rain and flooding throughout the area.

@NEWS1130 #MapleRidge weather right now 😳 anyone have a boat??? pic.twitter.com/Fz6MK9RtVz

@NEWS1130 lots of water in this Parking lot in #mapleridge pic.twitter.com/1bMV9mELjX

“Persons in or near this area should be on the lookout for adverse weather conditions and take necessary safety precautions,” said Environment Canada in a statement.

The thunderstorms are expected for Friday evening and throughout Saturday.

According to the weather agency, residents can expect heavy downpours and nearly 25 mm of rainfall in one hour.