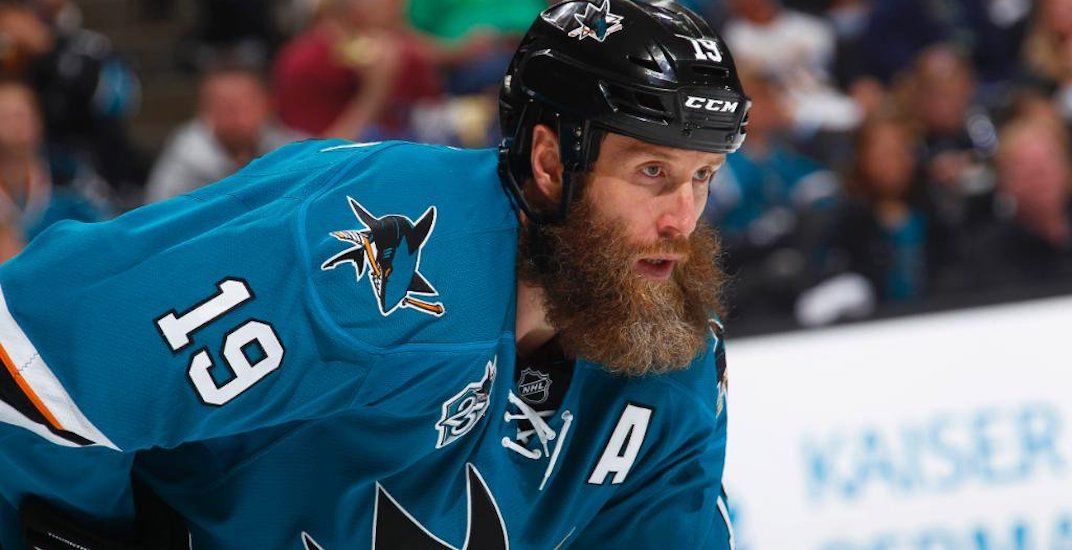 It’s official! Joe Thornton is a member of the Toronto Maple Leafs, signing a one-year contract worth $700,000 in free agency.

We've got a JUMBO announcement 👀

The future Hall of Famer turned 41 this past summer and hasn’t played hockey since the pandemic paused play in March. He played the past 15 seasons with the San Jose Sharks and scored 31 points (7-24-31) in 70 games in 2019-20.

In an effort to work off the rust, Thornton is currently in Switzerland, and will play games with HC Davos until the NHL returns to play in January. Thornton has played with Davos on two previous occasions, during NHL lockouts in 2004-05 and 2012-13.

A native of London, Ontario, Thornton joins the Leafs just three days after Patrick Marleau rejoined the Sharks in free agency. Of course, it was just three years ago that Marleau left San Jose for Toronto, while Thornton chose to stay with the Sharks, when both players were unrestricted free agents.

With 1,509 career points, Thornton ranks 14th on the NHL’s all-time scoring list, and is seventh all-time in assists with 1,089. Thornton is a six-time All-Star and won the Hart Trophy and Art Ross Trophy in 2006.