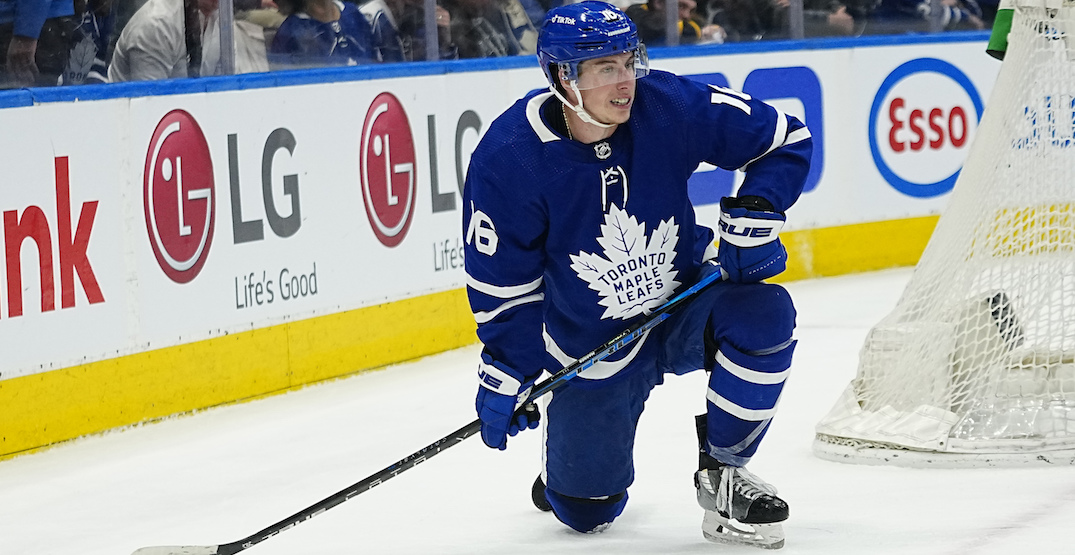 A Monday night carjacking in Toronto reportedly involved Marner being held up at gunpoint.

Toronto Police Operations tweeted about a carjacking on Monday evening, saying that a man was robbed of a black Range Rover. Three suspects, two with handguns and one with a knife, fled in the vehicle, police say. No injuries were reported.

The incident happened at 7:46 pm ET, at The Queensway and Islington Avenue. Police are searching the area.

According to a report from Joe Warmington of the Toronto Sun, Marner was the man robbed of his vehicle. The 25-year-old NHL star was reportedly going to a movie with a friend when the suspects approached wearing masks, demanding his vehicle.

The Leafs later confirmed Marner as the victim of the carjacking.

TPS has asked that neither Mitch or the Club comment any further on the details of the incident as this is an ongoing investigation.

Marner was not physically harmed in the incident, Warmington added.

It hasn’t been a good 48 hours for Marner, to say the least. It was just on Saturday that he and his Maple Leafs teammates suffered a gut-wrenching loss in Game 7, that had him fighting back tears.

The Leafs now own the NHL’s longest playoff series win drought, having not won a series since 2004. Toronto also became the first team in NHL/NBA/MLB history to lose a winner-take-all game in the opening round of the playoffs five years in a row.

“We’re getting sick and tired of feeling like this,” Marner told reporters after the game.