Popular Vancouver speaker series ManTalks returns to the city on Monday, hosting three powerful speakers who will share their journey on rebuilding their life, love, and business after failing.

On September 26, the series, titled “Re-build,” will provide the story of three individuals who overcame the odds, battled failure and defeat, had everything fall apart and still managed to rise above the struggle to build an extraordinary life.

ManTalks is a growing international community of men having bold conversations and redefining what it means to be a man in this day and age. ManTalks started in Vancouver and has since launched in L.A, Toronto & Miami.

Everyone, even the most successful people on the planet, have fallen and failed at some point in their life. They have had something, or everything, break apart and need to be rebuilt. Relationships fall apart, businesses crumble, finances fail, health fails and all need to be put back together or a new form needs to be built. 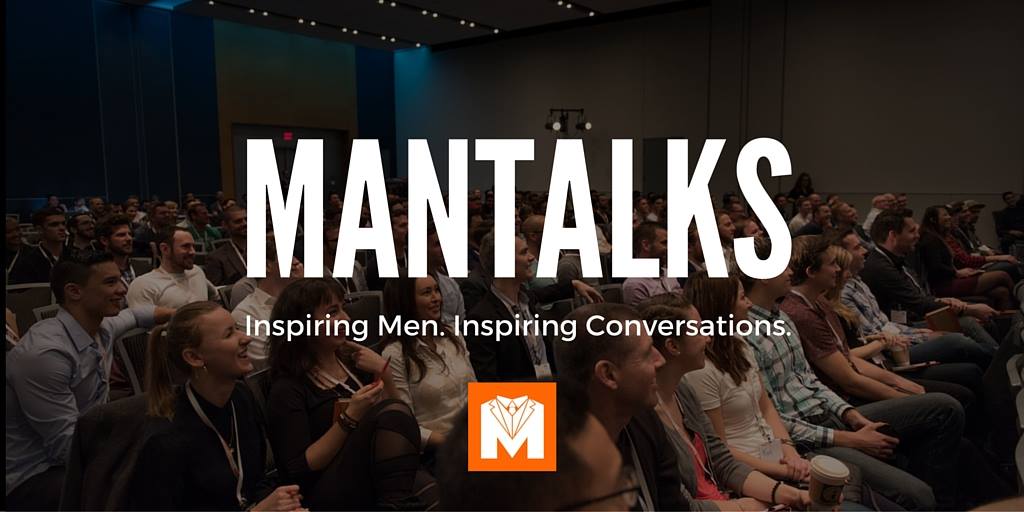 The series will include the following ManTalks Re-Build speakers:

A full time visual artist devoting his life to one mission: To create unique visionary art aimed at raising the consciousness of humanity and reconnecting with our true selves. Born in Czech Republic, Jan began his education in art from childhood.

Before settling down in Vancouver, Jan’s life was full of challenges and adventures, which eventually opened his mind and heart. Vancouver became his new home in 2010 but he never stopped travelling, visiting almost 100 countries to this day. His painting style opened to a new dimension of spirituality, reflecting the inner shift of the artist.

When not climbing mountains in a speedo, Taylor can be found in the pool, on two wheels, striding through the trails, or hitting the books. One of the co-founders of Chasing Sunrise, he is known to push his body and mind to their limits, and has recently taken up ultra running.

The oldest of four, he strives to be there when others need him, and is working on building more in person connections. He returned to school last year, working towards a mechanical engineering degree after three years in construction management. Appreciating simplicity, when not wearing a lumberjack-esque beard, he shaves with a straight razor, and grinds his morning coffee by hand.

Kelly Jablonski has had an incredible 20 year journey as the CEO of a $15 million Skateboard Distribution company, while sitting alongside many of his childhood icons on the board of directors of the International Association of Skateboard Companies (IASC) based in California. His experience within skateboarding led to a 7-year career judging and consulting for high profile pro skateboard events such as the X-Games and Gravity Games.

Kelly is the founder and president of Just Giver 4PD, a cycling club created to help raise funds and awareness for Parkinson Disease.  In the past 10 years JG4PD has raised $315,000 to help ease the burden of those affected by Parkinson’s.  Kelly is an honored recipient of the 2010 Business In Vancouver BIV Forty under 40 award and in 2011 received a Queens Diamond Jubilee Medal for his continued community contributions.  In an incredible twist of fate Kelly found himself clinging to life after the small aircraft he was in violently crashed just short of YVR.  Nearly 5 years post crash Kelly continues his journey forward!

** #manitforward – when you buy a ticket, you get access to our manitforward mornings which is a complimentary workout powered by a local trainer! You can manitforward and invite someone to the workout. ** This will be held at 7 am on the morning of the 26th at the Olympic Cauldron next to the Vancouver Convention Centre.

Daily Hive is a proud media sponsor of ManTalks